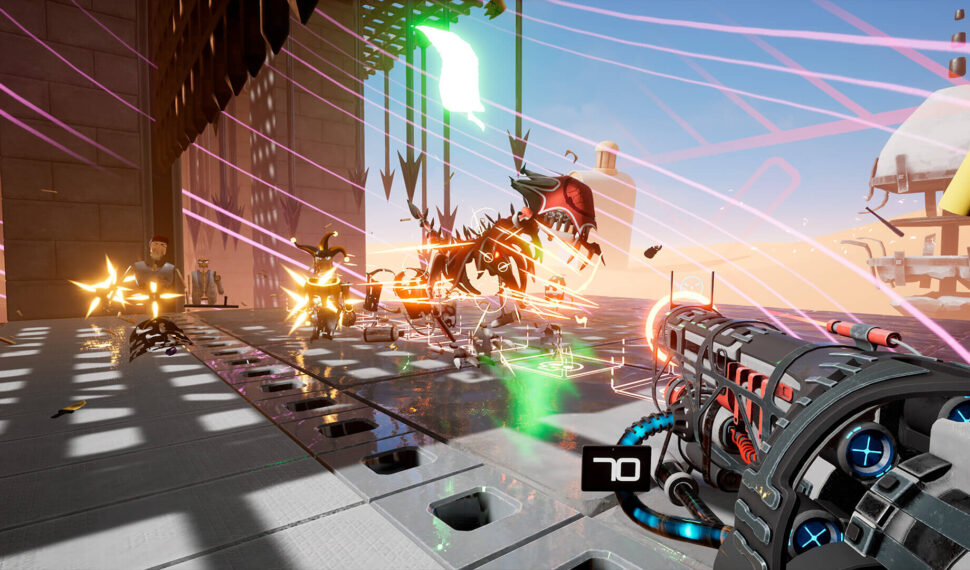 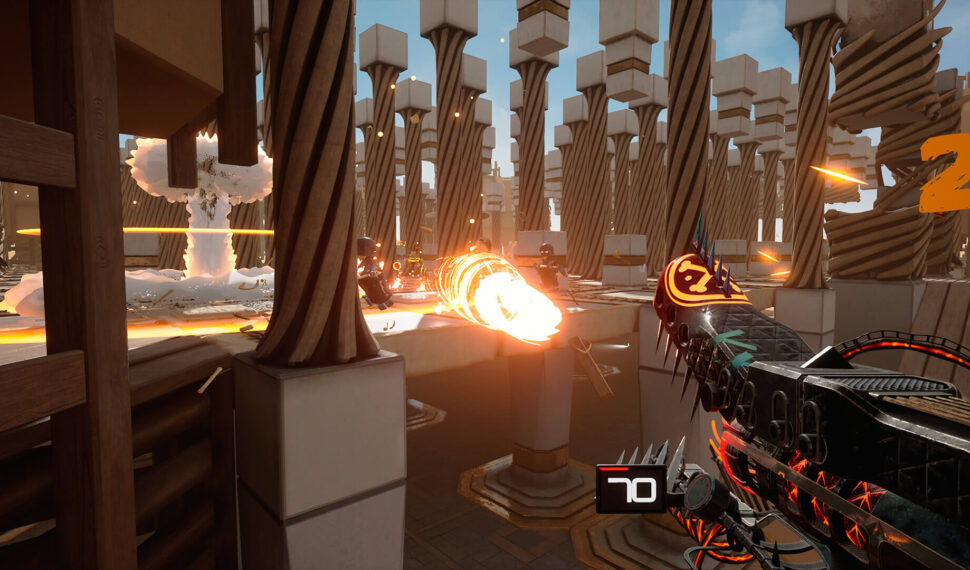 Bone Mayhem is a first person shooter versus waves of enemies, where player can apply modifications to weapon and active abilities. The player will have to shoot back from the skeletons wave after wave or hold out for the specified time in 9 of 12 levels. Each level is a simple arena filled with skeletons trying to kill the player. Some of which have features – they throw grenades, chains on impact, teleport, etc. After each level, the player’s character becomes stronger – by purchasing modifications in the store or gets them as a reward for completing a level. Ghost Terminator

Modifications can improve range weapons (each type has its own set), active abilities, melee weapon, and the player’s character himself. The game features 4 range weapons types: a firearm, explosives, ice laser and a flamethrower – two of which the player will choose for run (left and right mouse buttons). Initially, there only two active abilities: running and a flashlight, but player can purchase new ones through the game. Upon completion of the levels, there will be last arena – Boss fight.