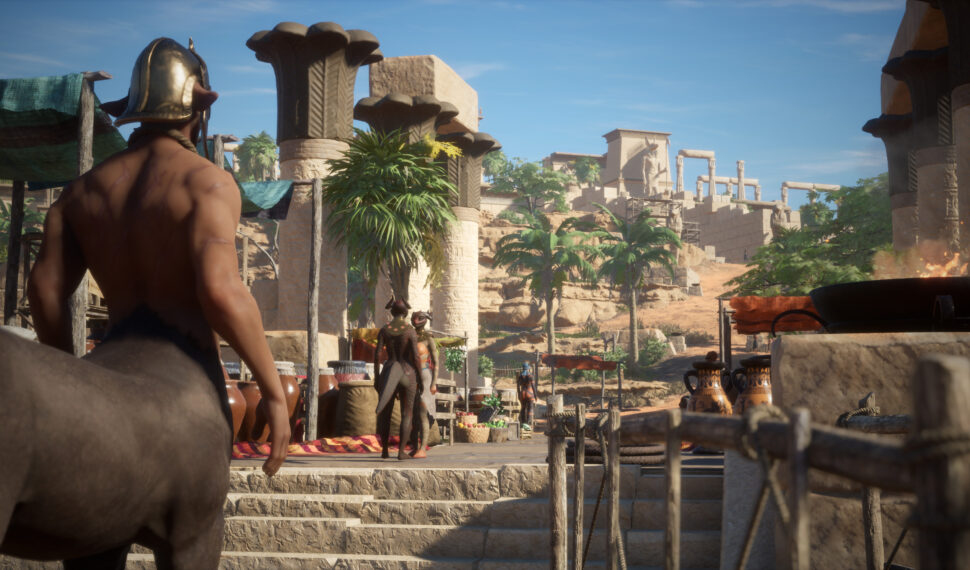 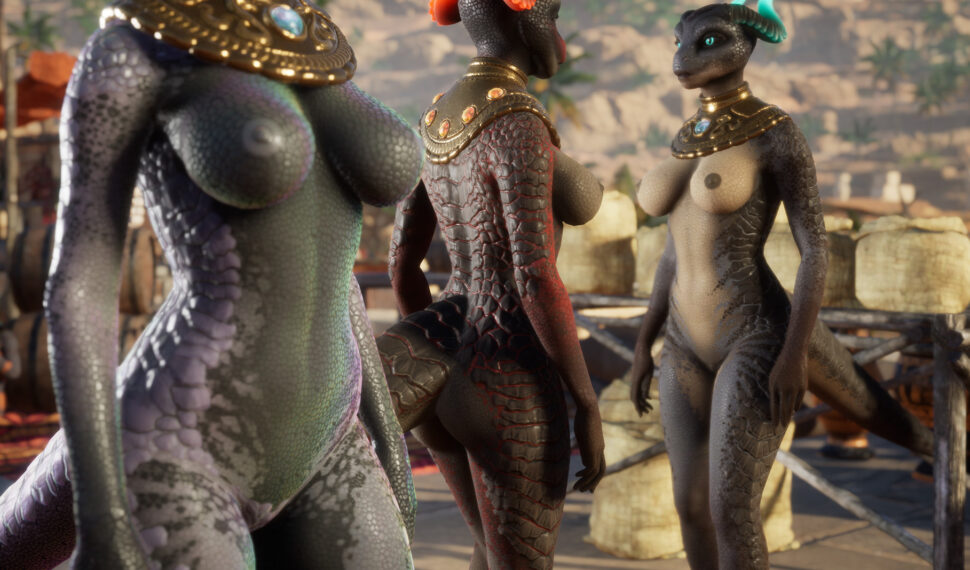 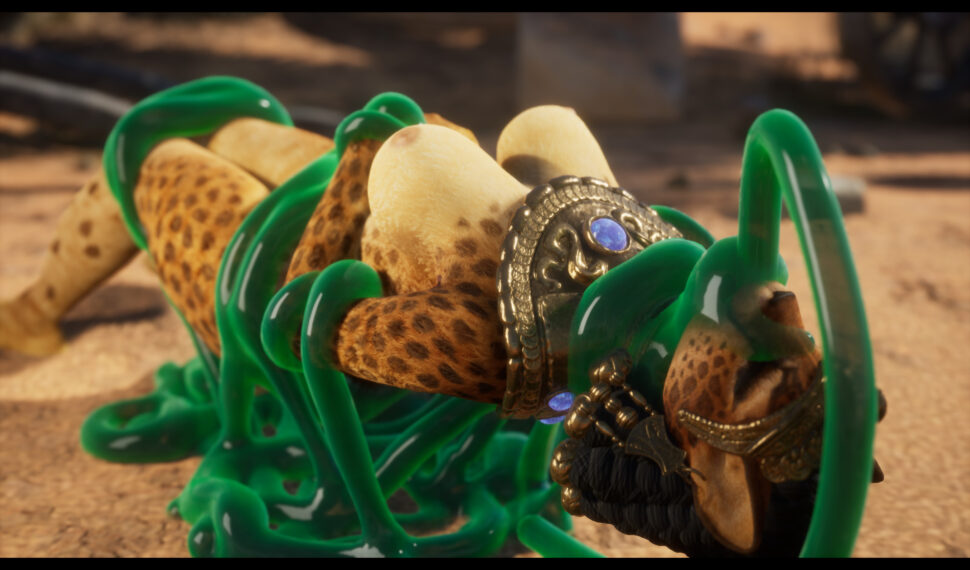 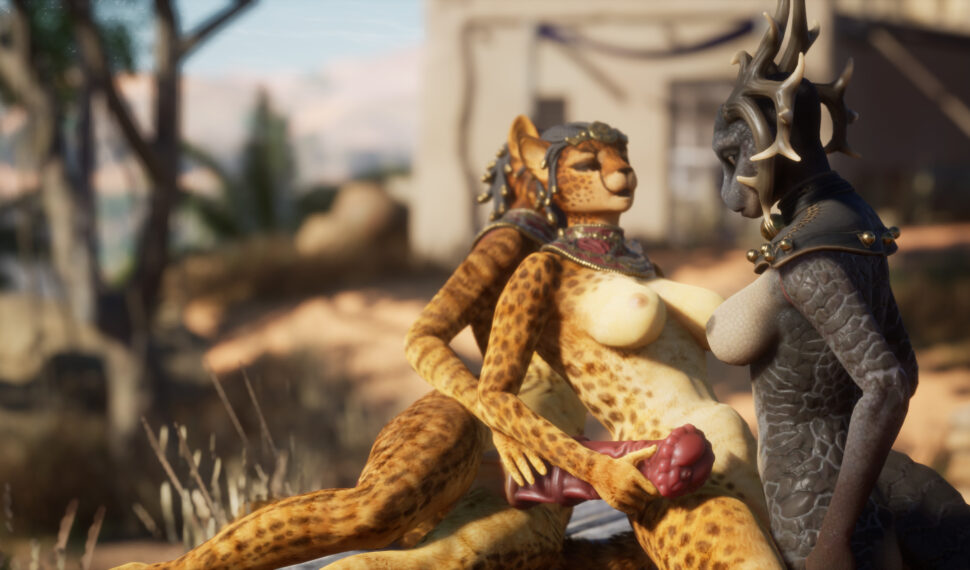 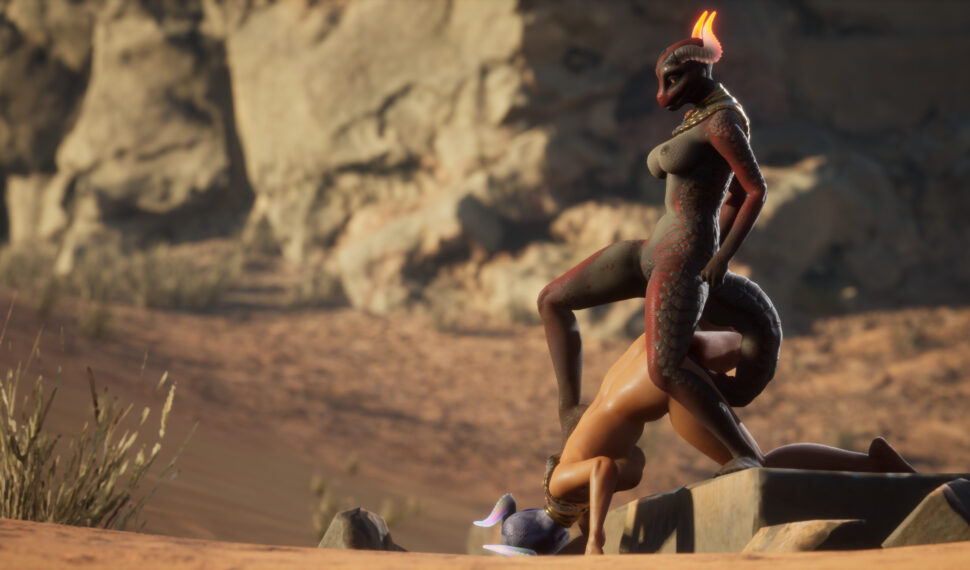 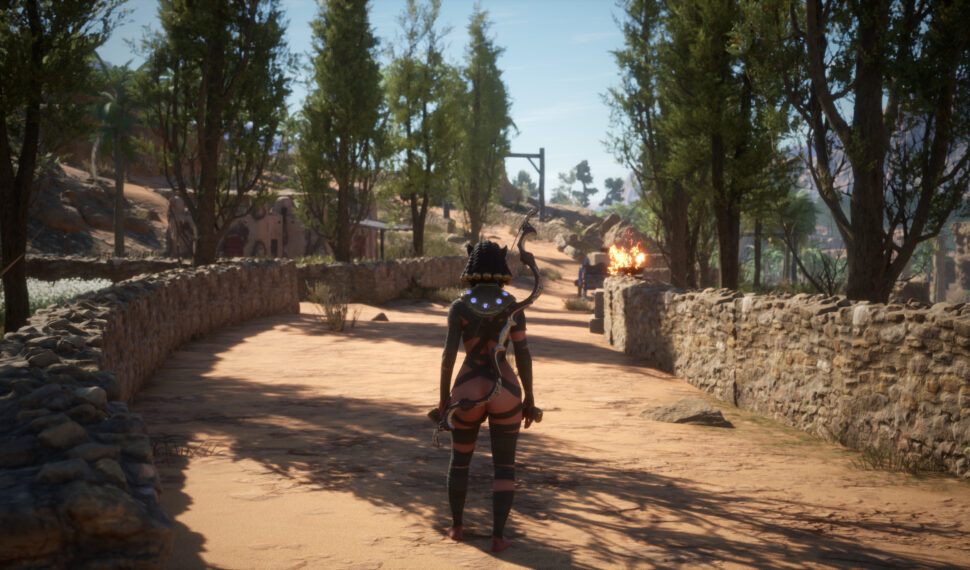 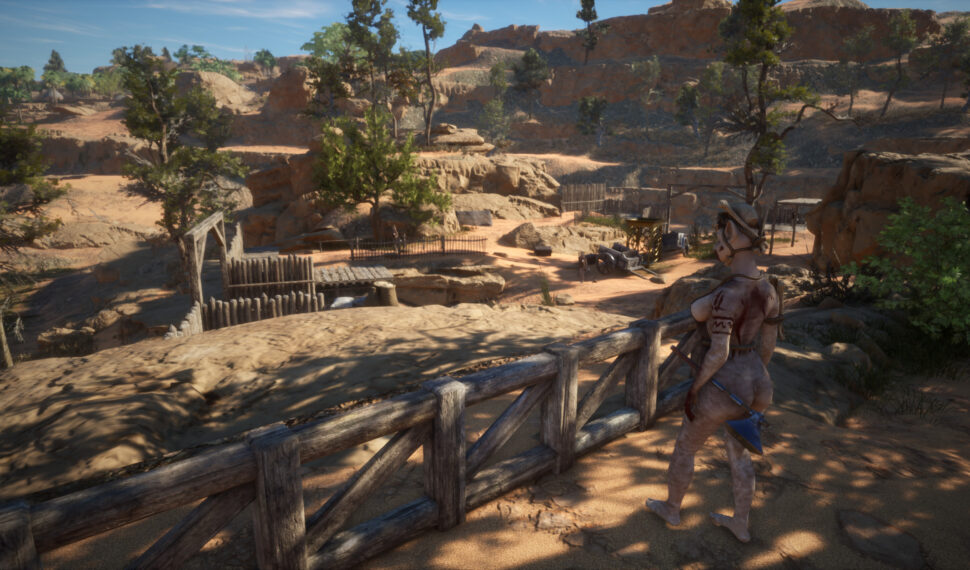 Our journey begins in a realm of ancient myth, where the life-giving waters of the Euphoris river meet the sandswept ruins of Sabu. The God-Queen Kethra has not been seen for a thousand years, but rumors of her return are uttered in hushed tones throughout the sprawling villages along the shoreline of the once mighty waterway. Deprived of its divine empress, Sabu has fallen under the rule of eight demigods, powerful beings that once served Kethra as bodyguards. Unchecked, these immortals now vie for power as warlords, their conquest bathing Sabu with the blood of the innocent. Lust from Beyond

You enter this world as a slave, a prisoner of fate and the cruelty of others, but you will find that your future is as changeable as the sands of Sabu. The path of fate is yours to tread and your story is not yet written. The game currently features playable Feline and Draconic races on the first steps of their ascent to godhood; echoes of the deities themselves, some animal features but with many human traits remaining. This is but one form you can adopt, and as your power increases and development continues, so too will you be able to shape your body – from one which retains the majority of your once-human form (Monster Girls), to the humanoid animal deities that ruled Sabu in centuries past (Furries, Scalies), or finally adopt the truly primal presence of the ancient gods.

Our erotic content spans the tame foothills of vanilla lovemaking, all the way to the depraved peaks of the most extreme carnal desires. Our adult features are more than mere titillation or something to while away the hours, sex links directly into quests and vice versa. Want to improve relations or recruit an NPC to join your camp? Bending over or kneeling down might get you exactly where you want to be. As you begin to bend Sabu to your will so you will draw attention from those who wish to submit to your lust, or tame you to indulge their own.