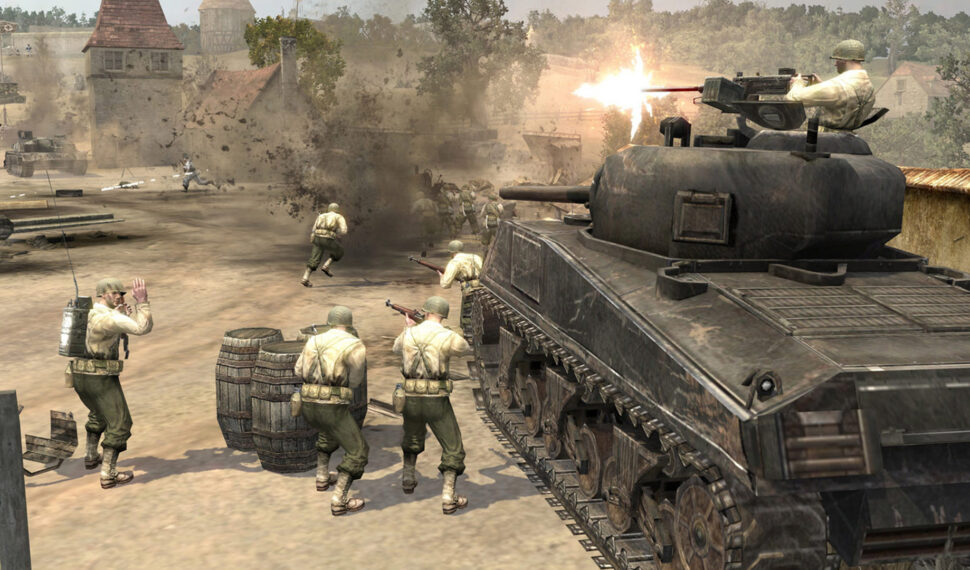 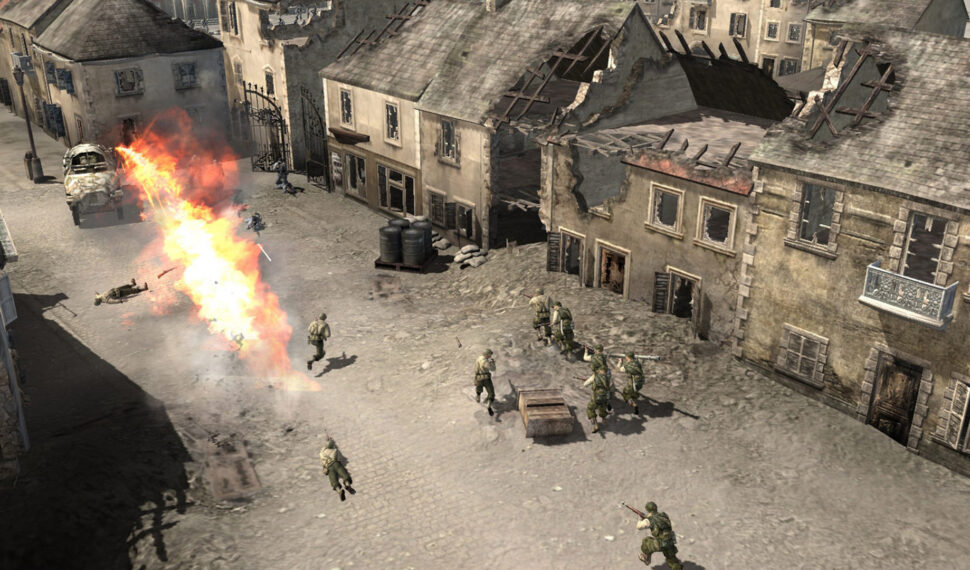 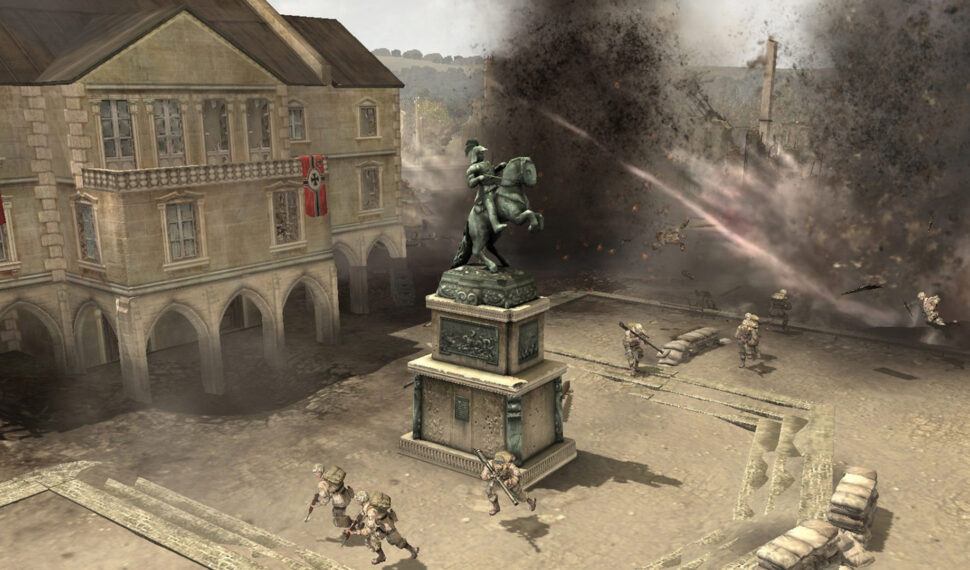 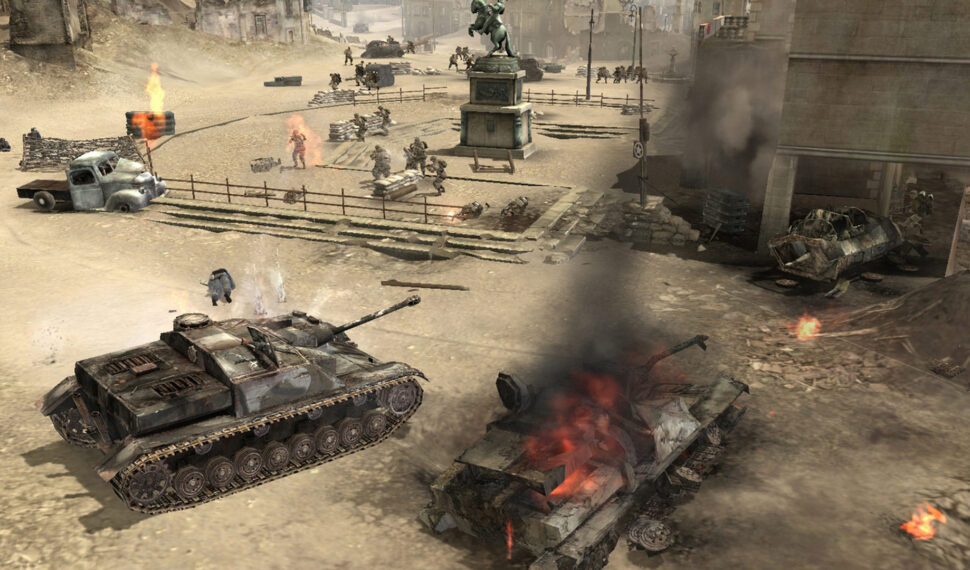 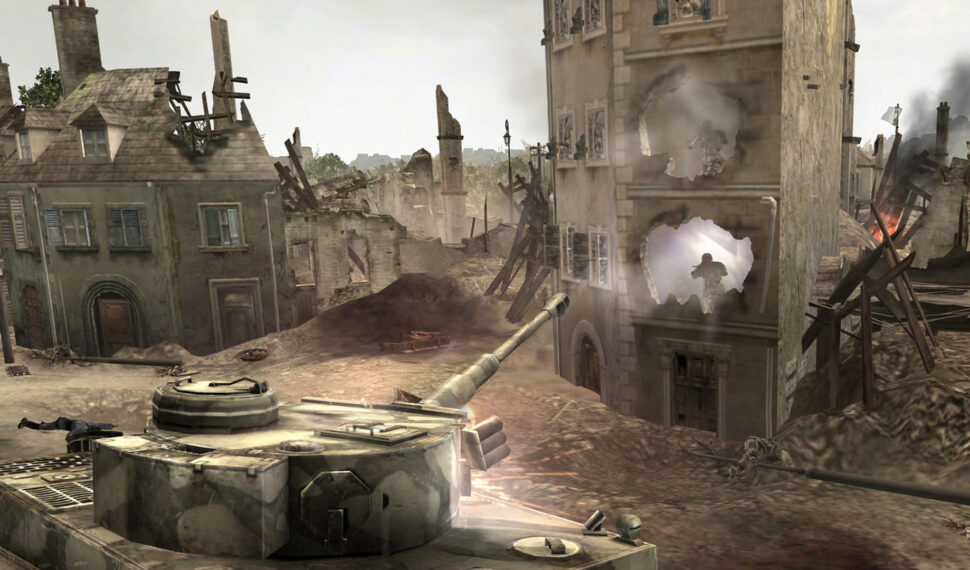 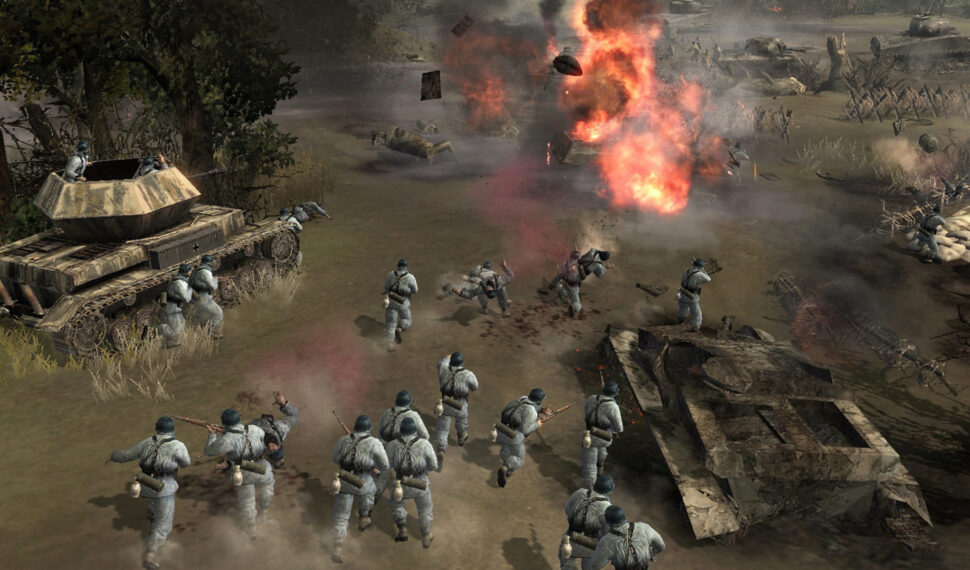 Company of Heroes is a 2006 real-time strategy video game developed by Relic Entertainment and published by THQ for the Microsoft Windows and OS X operating systems. It was the first title to make use of the Games for Windows label.

This games focus on controlling several victory points around the middle of the map. These victory points can be captured similarly to strategic points. When one side has more victory points under their control than another, the other side’s “points” start to decrease. When one side’s counter runs out of points, they lose. Alternatively, the player can simply destroy all enemy structures to win the game. Before the start of the game, the host can choose between 250, 500, or 1000 points. The point function in Company of Heroes works much like the ticket feature in the Battlefield series.