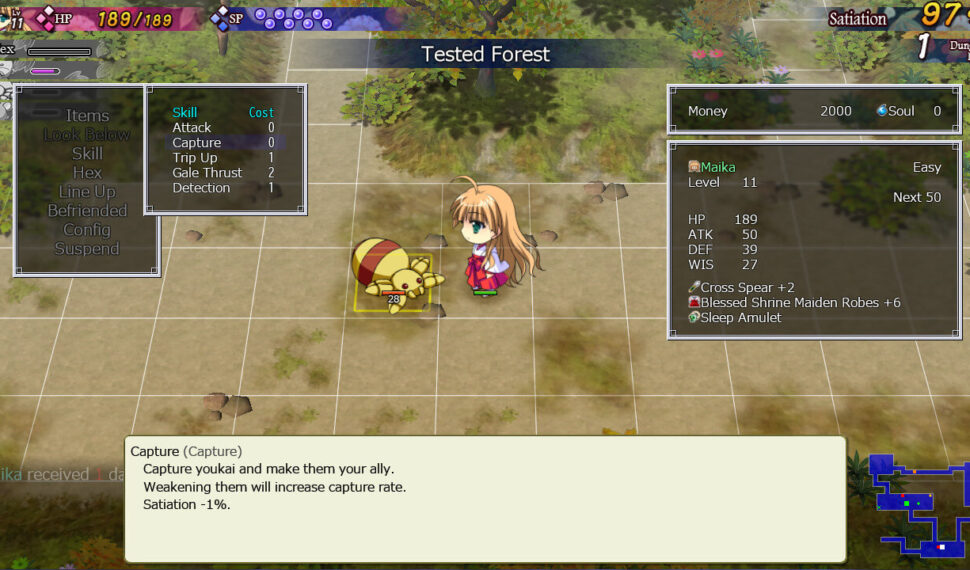 Maika Tono has become renowned throughout the land for sealing a nine-tailed fox youkai. Midway through another day of training apprentice priestesses, she is offered a shockingly daunting quest—to appease the anger of a dragon god whose shrine was destroyed by a certain village’s plans for tourist-based redevelopment. Incited by the Ryujin’s wrath, various youkai have also gone berserk and the villagers are unable to escape the ensuing chaos. To save the villagers, Maika decides to accept and go into battle once more…This game features roguelike RPG mechanics, complete with dungeon layouts and enemy battle formations that change on every playthrough.

It also features the fan-acclaimed “Pandemonium” and “Youkai Soulshare” systems from previous “Dawn of Kagura” installments. Strengthen the youkai you’ve accepted into your ranks and use them to face down even greater monsters! She’s seen as an elder-sister figure by the priestesses-in-training she instructs at Kijimori Shrine. In addition, she’s famous for sealing the Nine Tails, and her personal requests have been piling up. She is very kind and takes care in doing everything perfectly.