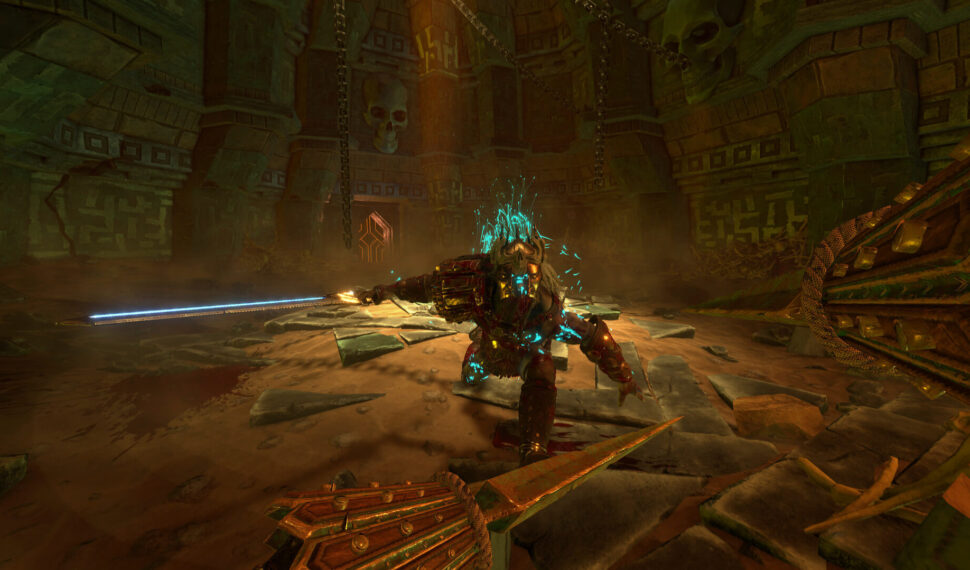 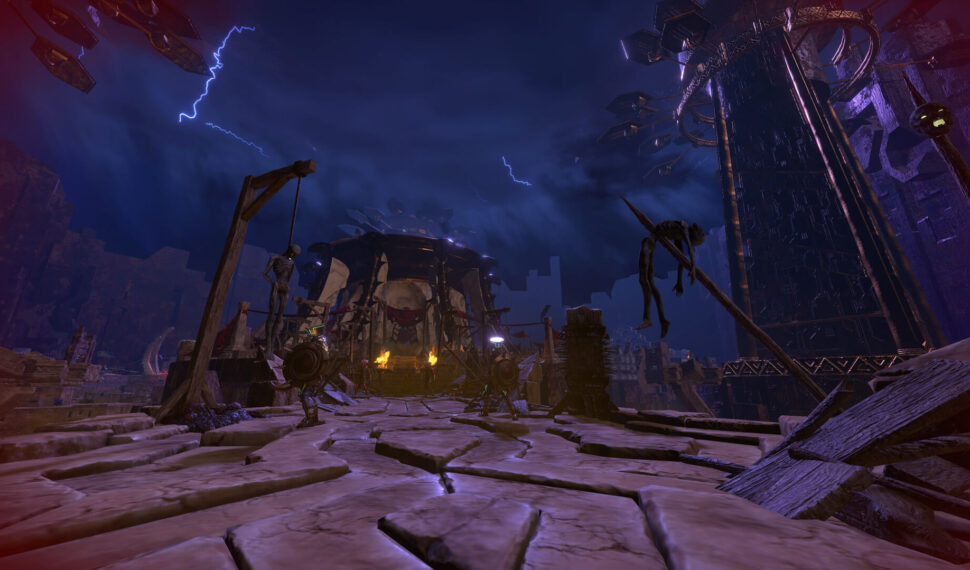 ELDERBORN is a Metal Action Fantasy Slasher with brütal FPP melee combat and souls-like/RPG character progression. In the times of legend, the barbarian tribes need a new dark messiah. The player becomes a merciless slayer who will uncover ancient secrets in the city of doom, and forge their own destiny. This ambitious indie game, five years in the making, combines old-school single-player feel, a classic heroic story, and modern level of skill-based challenge. All this and more creates an action-packed, lore-filled, engaging adventure that will last 8-10 hours in a single play-through. Skill-based, souls-like melee combat in first person perspective, complete with 11 varied weapons to master. Character progression and skill system that allows you to play the game in your very own way.

A hand-crafted, mysterious, and dangerous world to explore – catacombs, ancient, monolithic city, and more. A large selection of enemies, each with their own fighting style, tricks, strengths, and weaknesses. An epic and somewhat exotic original heavy metal soundtrack with an occasional electronic beat. An unapologetic tribute to Robert E. Howard-esque heroic fantasy and the awesome pop-culture of the 80’s and 90’s Elderborn takes place in a classic, Howardian, dark fantasy setting where strength is the law and there is no place for mercy. Brutal melee combat featured in the game creates gory imagery on every step. Heads will fly. Literary. The world depicted in the game also pays aesthetic tribute to heavy metal album covers. Scantily-clad warrior maidens and buffed barbarians with some artistic anatomical liberties are to be expected (but no actual nudity).