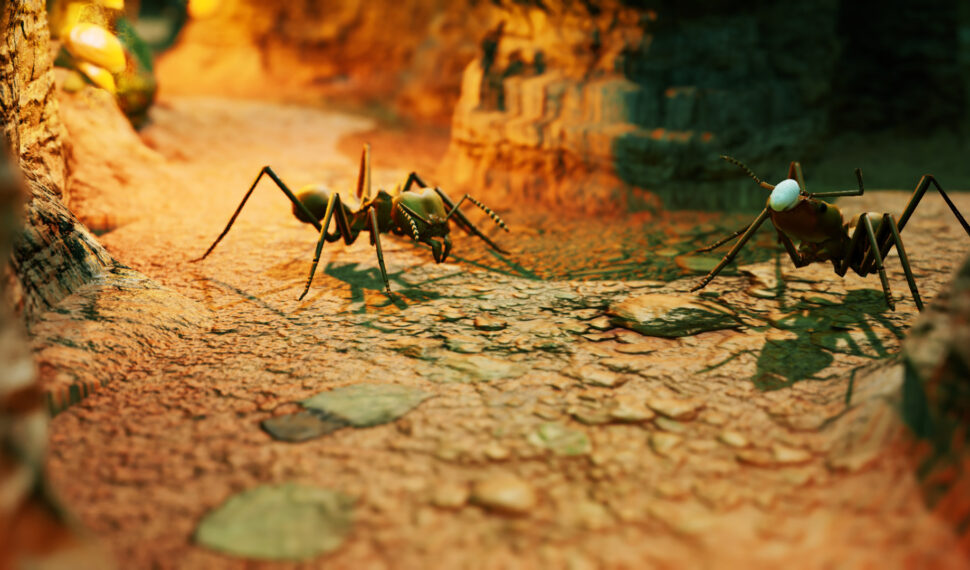 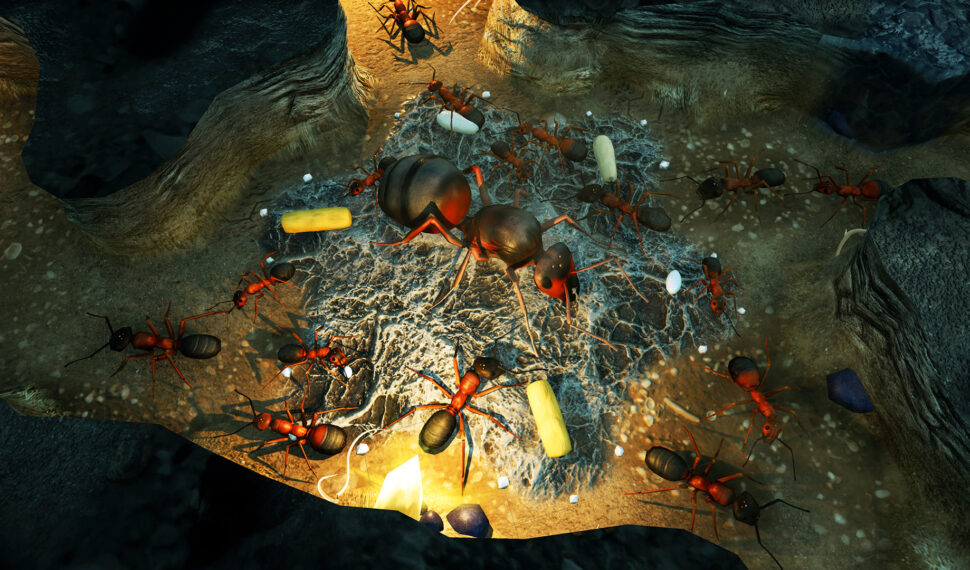 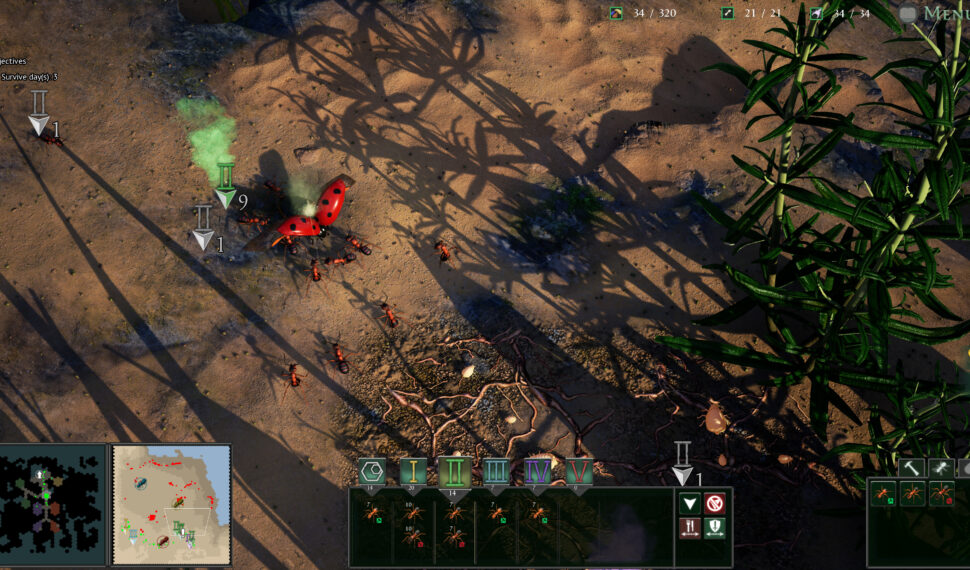 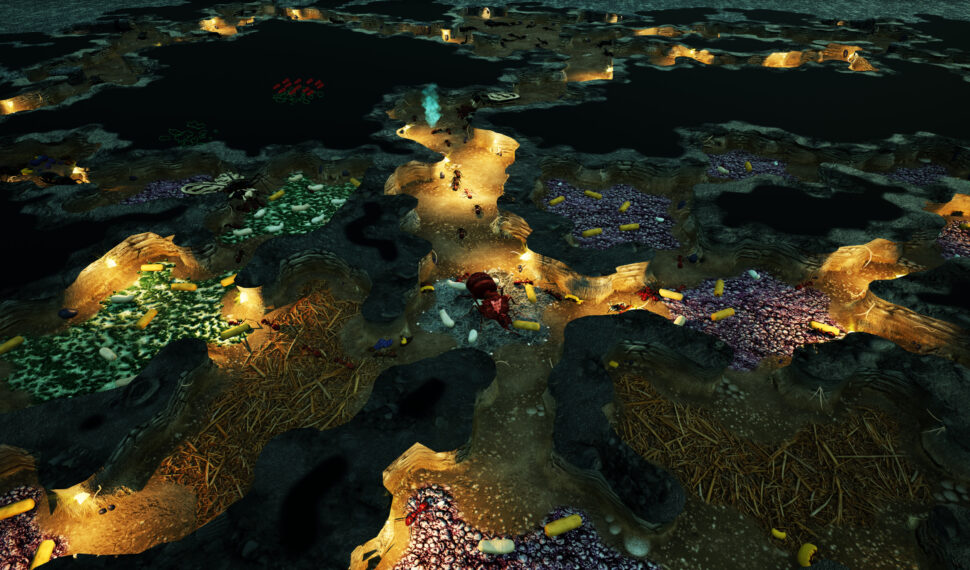 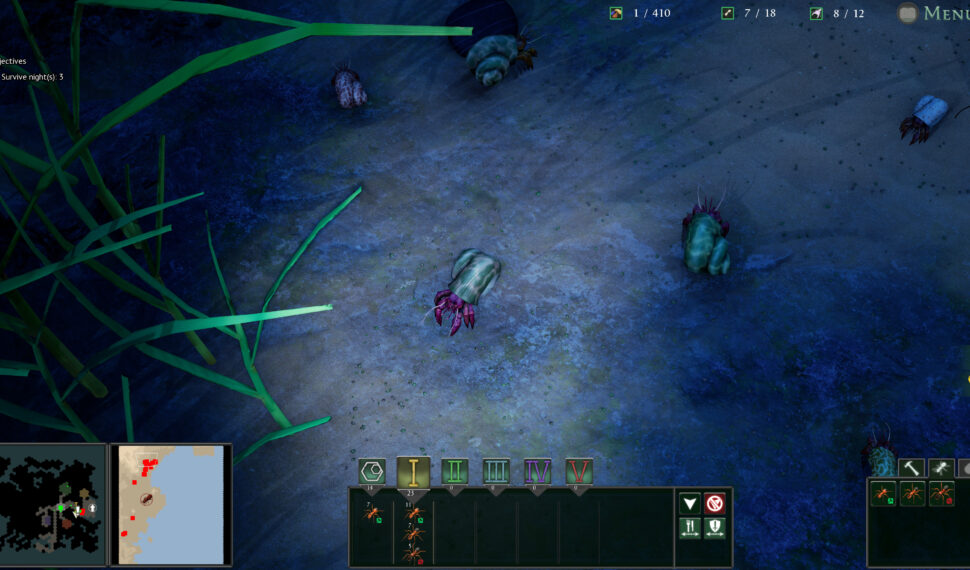 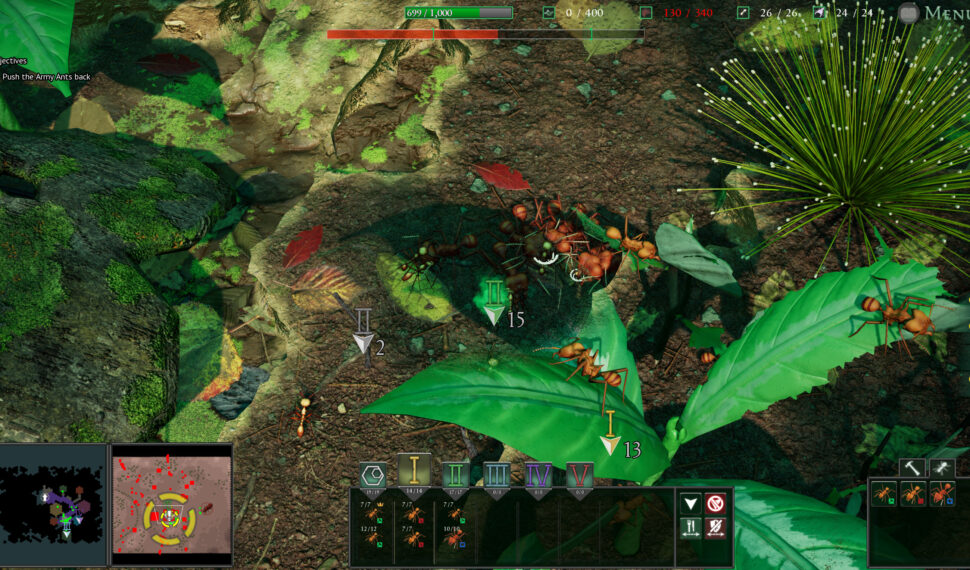 Empires of the Undergrowth is an ant colony management game, in a fast-paced real-time strategy style. The player excavates their nest underground, constructing tunnels and chambers to store food and raise brood. On the surface, the ants claim territory, gather resources, overwhelm fearsome arachnids and clash with other colonies. Nest design, army size, composition and attack timing are key to securing victory.

Empires of the Undergrowth Install-Game:

Missions are narrated from the perspective of a documentary film maker studying the ants, who offers intelligent insight into the goings-on of the colony and the undergrowth beyond. The primary game mode in early access is Formicarium, where you take ownership of a home colony of unique DNA-harvesting ants as they work to assimilate the desirable traits of their foes. You can upgrade them by playing one-off missions, sometimes with your home colony and sometimes with other ant species.

Empires of the Undergrowth is a real time strategy game based around the world of ants. It features underground tunneling, nest construction and fast-paced battles with insects, arachnids and other ant colonies. We have taken inspiration from classics Dungeon Keeper and Sim Ant, as well as elements of Starcraft 2’s popular ‘Desert Strike’ arcade game for colony vs colony combat The game’s theme is taken directly from nature, and offers a fresh alternative to the usual sci-fi, fantasy and real-war settings for this genre. In the single-player campaign, the player takes control of a unique colony of DNA-harvesting, nomadic ants embarking on a great journey; they must set up temporary nests, gather food, and defeat neighboring colonies. The story is narrated from the perspective of a documentary film maker studying the ants, adding a light touch of humor.