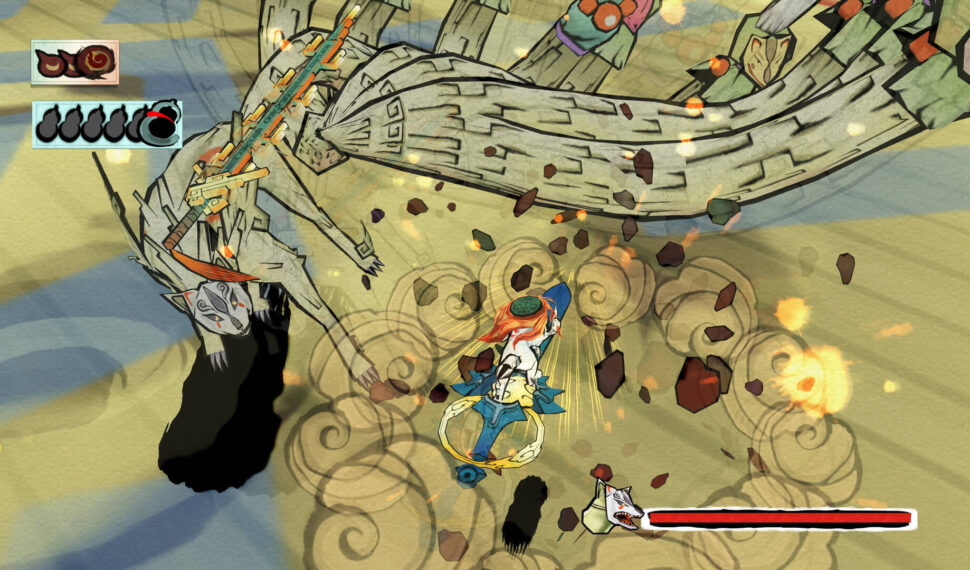 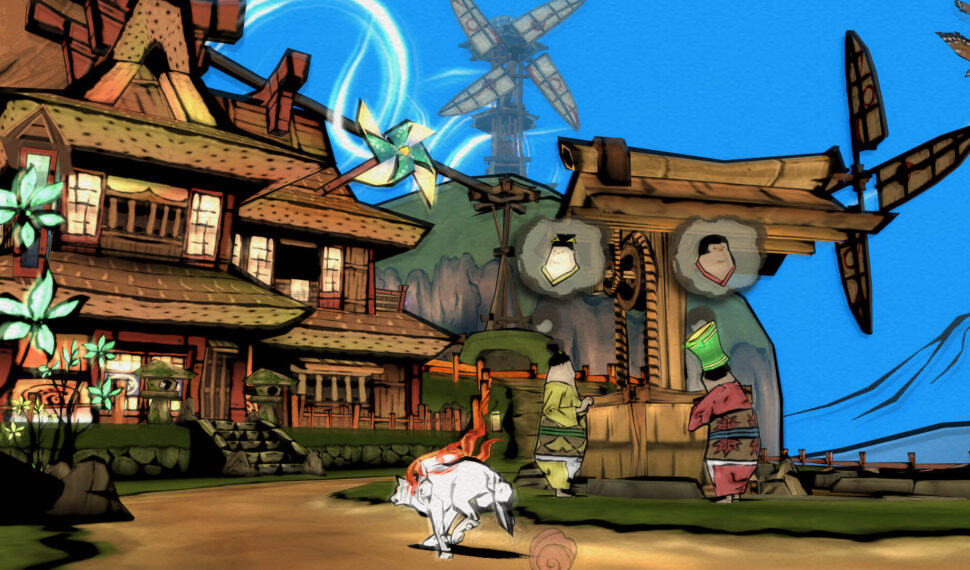 Take on the role of Amaterasu, the Japanese sun goddess who inhabits the form of a legendary white wolf, on a quest to defeat Orochi, an eight-headed demon and tyrannical monster responsible for turning the world of Nippon into a ruined wasteland. Players will be able to choose between modern widescreen format or the original release’s 4:3 ratio. Interactive loading game screens from the original game are also included.  The plot begins with the story of the eight-headed demon Orochi, who, returning after a century of exile, begins to terrorize Japan (Nippon). To stop the evil creature is the sun goddess herself – Amaterasu, who incarnated into a white she-wolf.

She will not only have to fight hordes of enemies, but also help oncoming people. History, in addition to the eternal theme of the struggle between good and evil, raises other serious questions: about faith, values ​​and truth. Each storyline not only introduces us to the current situation, but also allows us to change the fate of the character we meet for the better (for example, turn a cowardly warrior Susano into a brave man). The developers did not miss the comic aspect: Amaterasu’s faithful companion, the beetle-artist Issun, is famous for his ability to find trouble, and the philosophizing old headman performs holy rituals only with the support of a bottle of sake.