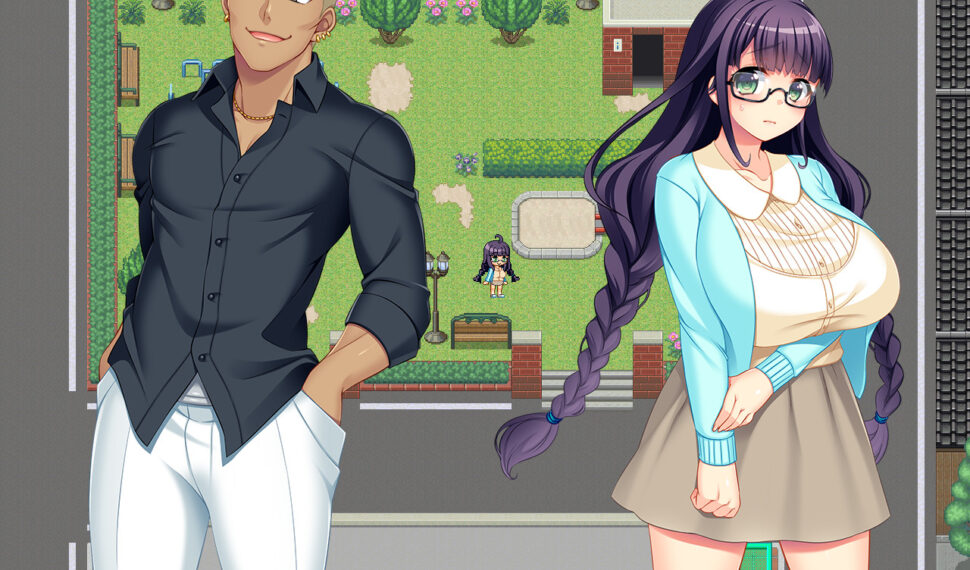 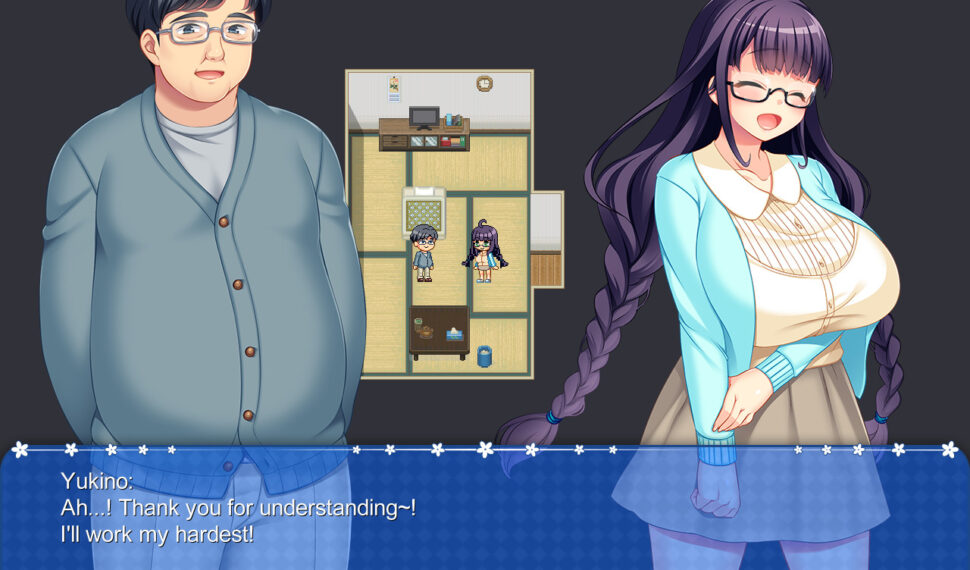 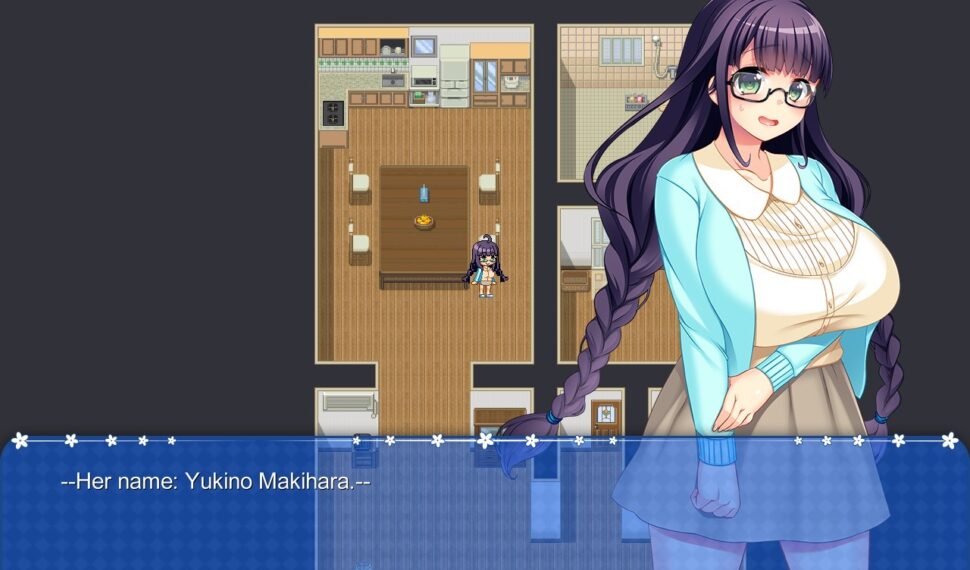 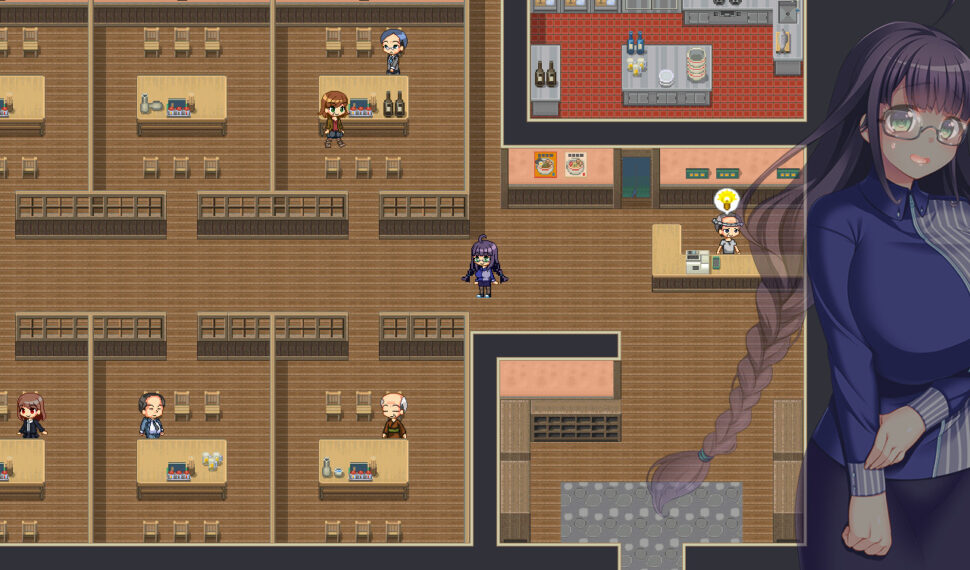 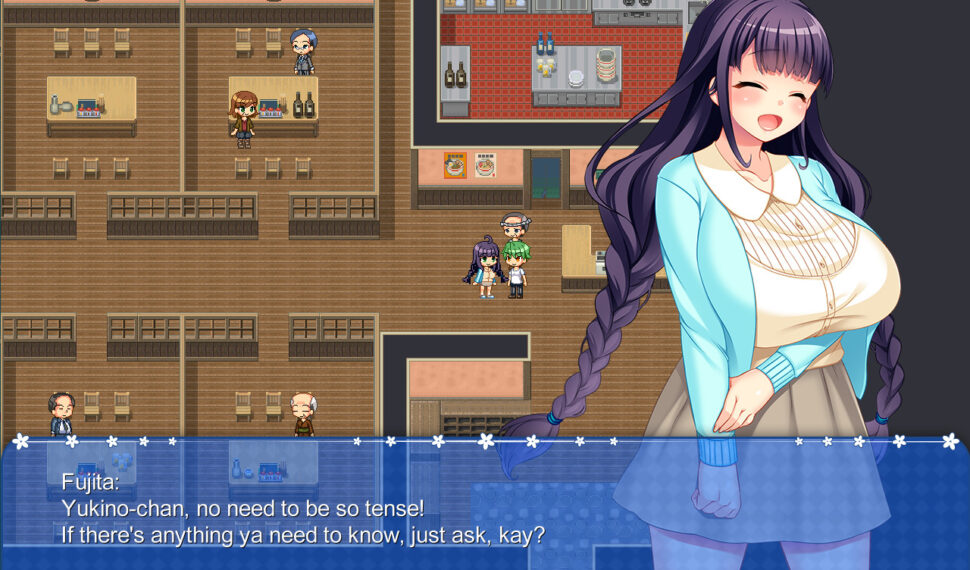 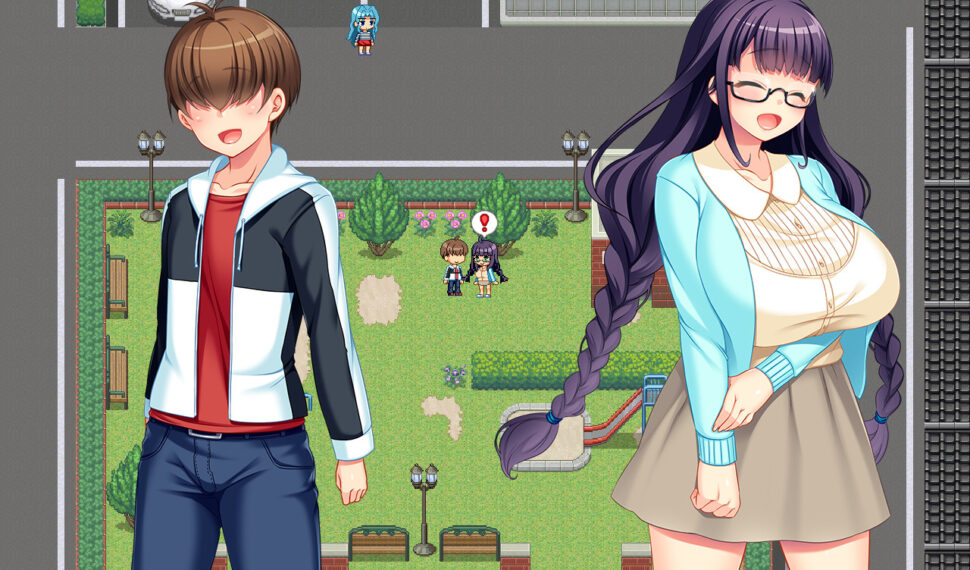 President Yukino is a Slice of Life RPG brought to you in Native English and Chinese by Kagura Games and Acerola. Follow Yukino on her quest to go to the same graduate school as her boyfriend. Find out what mischief and shenanigans await her as she tries to power through part-time jobs and exams. Born into a normal family and living a normal life is our protagonist, Yukino. She’s a scatterbrained klutz who frequently suffers from bad luck.

She is currently staying with her uncle, Yoichi. They live in the city, where she is working hard on her studies. As a result, she regularly goes to the library to study and read. While she was studying one day, she locked eyes with a young man who went to her school. Being shy, Yukino immediately averted her gaze until the young man spoke to her.

The young man’s name was Souji. He was a charming young man who was working hard to get admitted to graduate school. He said he was preparing to take famously difficult exams in the hopes of becoming a doctor shortly. Yukino was moved by his admirable goal and decided to support him. Afterward, the two found that it was quite easy to talk to one another. They spent their days growing closer while going to the library together to study and read. While there one day, Souji confessed to her. Yukino thought highly of him, so she happily accepted his confession. Souji was an upbeat and friendly person. But he was inexperienced with women, and so didn’t get intimate with Yukino. Instead, they enjoyed a platonic romance and then Yukino made her decision.