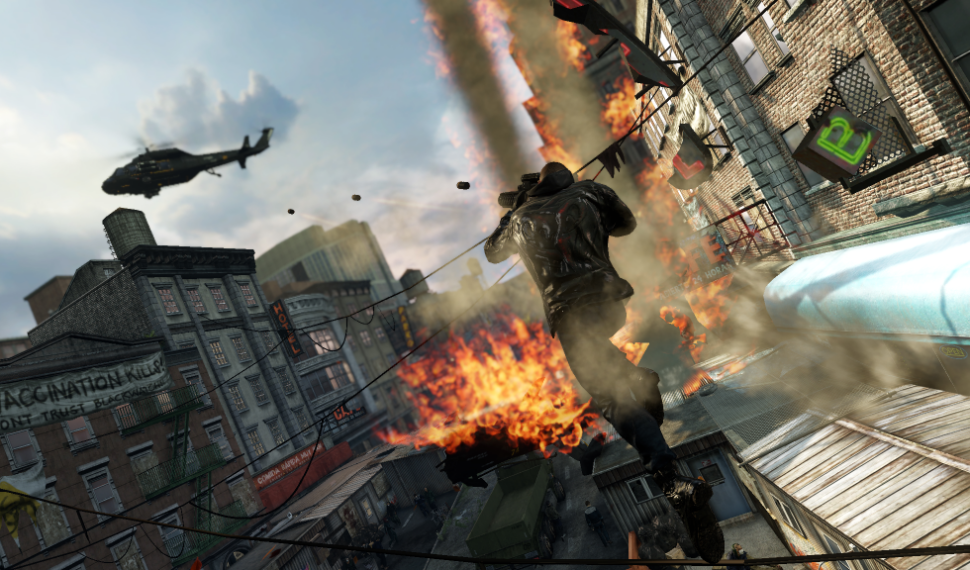 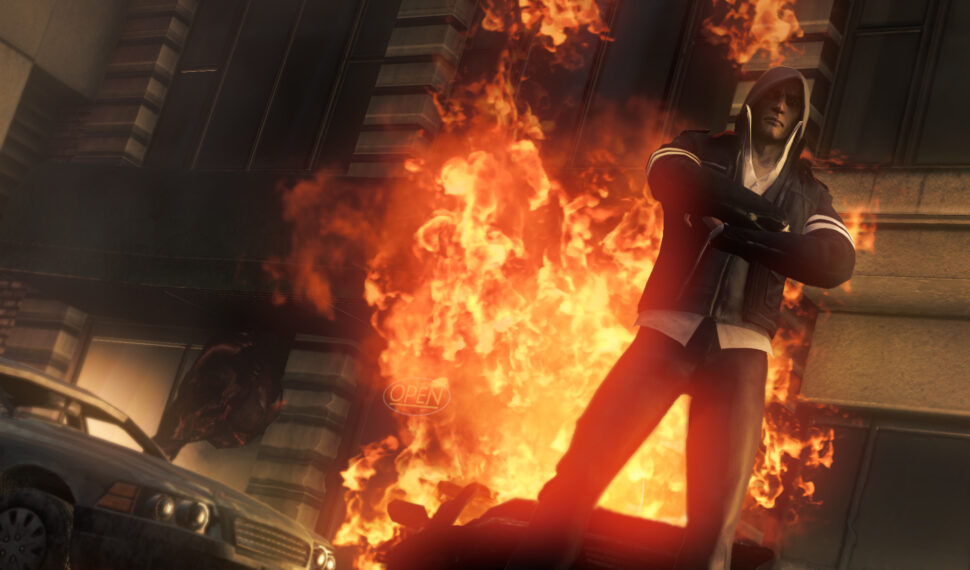 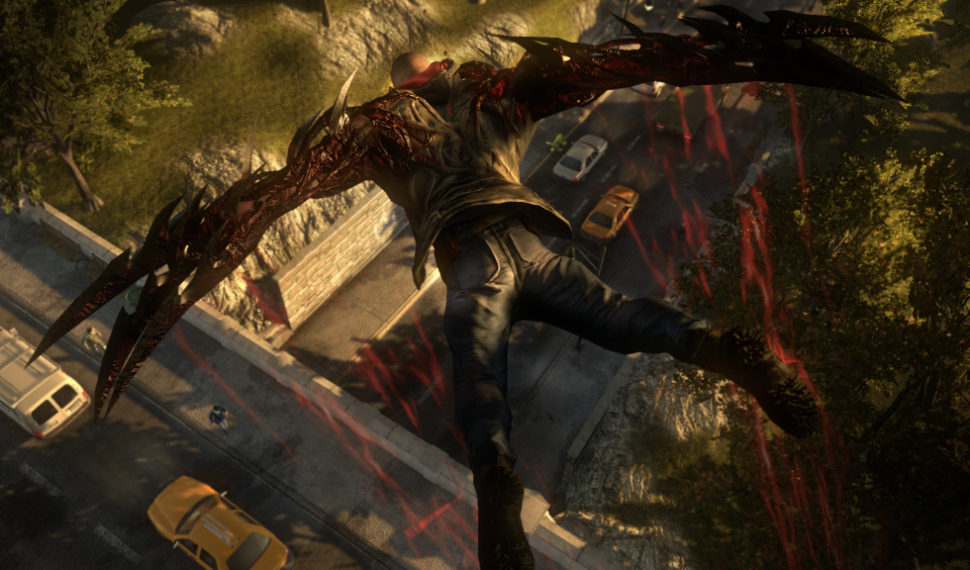 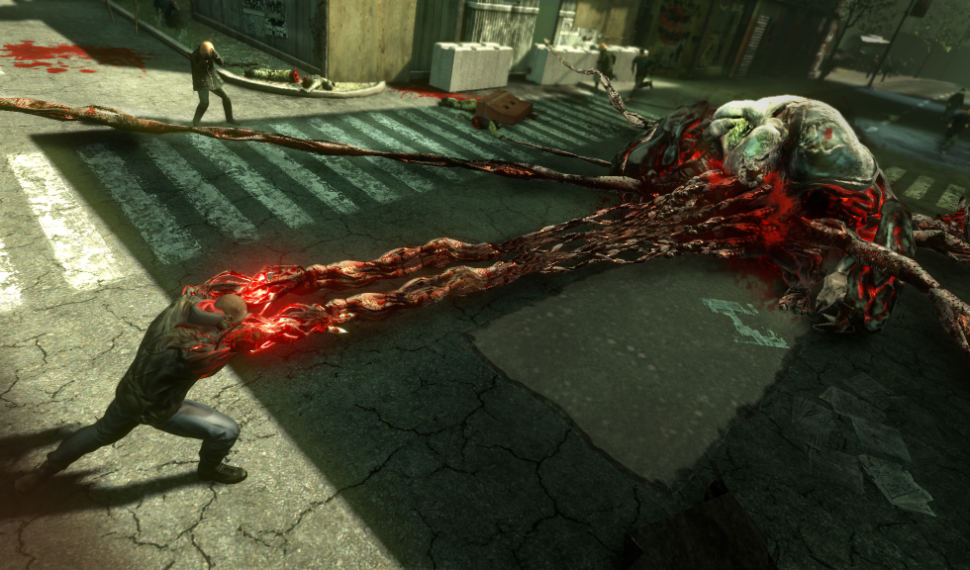 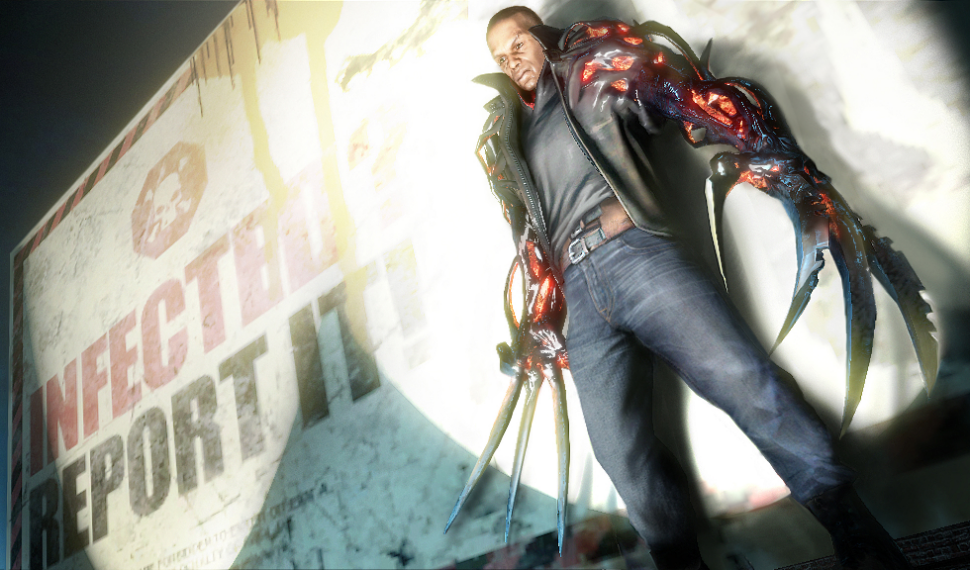 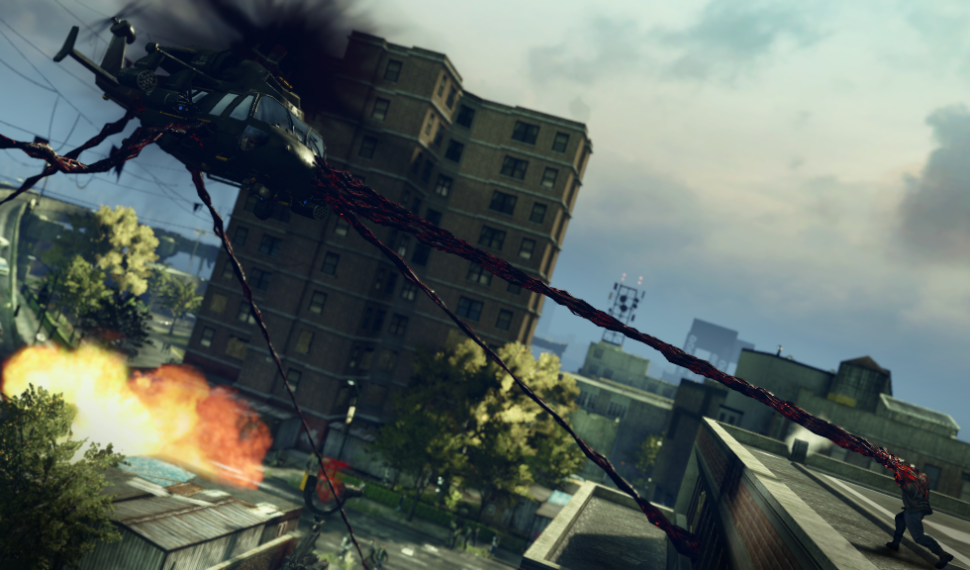 Prototype 2 is a 2012 open world action-adventure video game. Developed by Canadian studio Radical Entertainment and published by Activision, it is the sequel to 2009’s Prototype. The game was announced at the 2010 Spike VGA Awards.

Pursuing Mercer for vengeance, Heller is infected by Mercer with a strain that imbues him with similar superhuman abilities. After blacking out, Heller awakens in a Yellow Zone lab where Gentek scientist Dr. Anton Koenig and Blackwatch Col. Douglas Rooks are experimenting on him. Heller escapes from the Gentek base, when Mercer confronts him and claims Gentek and Blackwatch are responsible for recreating and cultivating the Blacklight virus, making them responsible for the second infection and the deaths of Heller’s family. Revealing his plans to take down Gentek and Blackwatch, Mercer offers a truce to Heller. Unsure of Mercer’s intentions Heller goes to his local pastor, Father Luis Guerra, for advice and help.

The Power of Tendrils: Prepare to unleash the ultimate form of shape-shifting devastation. Sgt James Heller’s incredible new Tendril power lets you lift and tear apart cars and military vehicles, ensnare powerful infected beasts and even rip large groups of enemies to shreds. Get ready to unleash hell. Customize Your Killer: Prototype 2 delivers the raw power of character customization back into your hands, allowing players to creatively mix-n-match a devastating range of new Mutation perks into their ultimate Prototype. Faster and bigger locomotion abilities, sharper claws or even enhanced disguise abilities – the choice is yours!