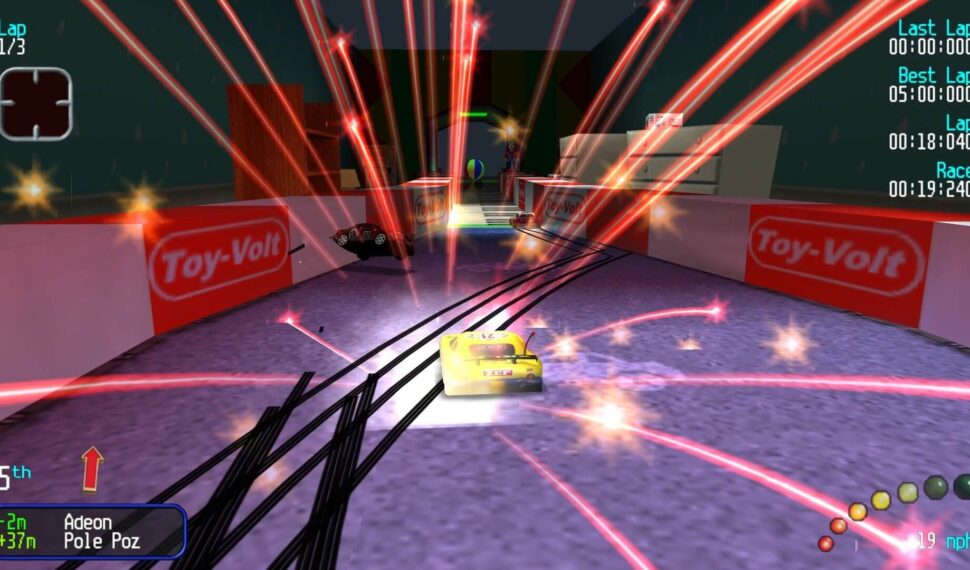 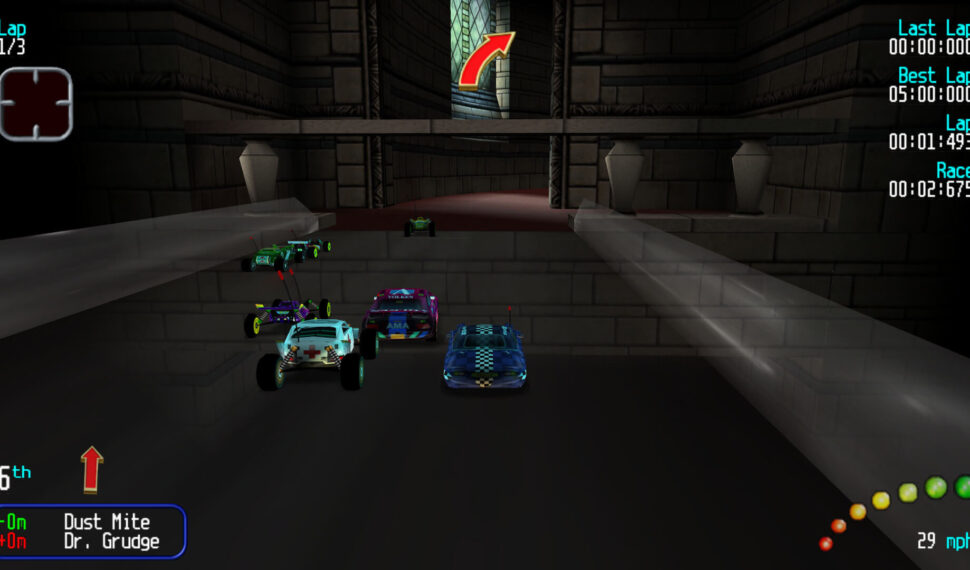 Curbs become huge walls, toys are obstacles, and everything is fair game to drive on, through, or over. There are 13 different tracks spread throughout four Cups, including races set in museums, supermarkets, and settings which may look like your own neighborhood. There are four types of games: Simulator, Arcade, Console, Junior with 4 difficulty levels: Easy, Medium, Hard, Extreme. There are seven modes in total in Re-Volt: Single Race, Championship, Multiplayer Race, Time Trial, Practice, Stunt Arena and Clockwork Carnage. Extensive map editor available. Players can use 11 types of weapons to counter rivals: Lightning Trap, Star, Rocket, Shock Wave, Bomb, Water Balls, etc. To use this or that weapon, you need to take the corresponding icon on the track. By pressing a certain button, the car will shoot at an opponent or create an obstacle on the track, spilling oil or rolling out a huge ball that takes up almost all the space.