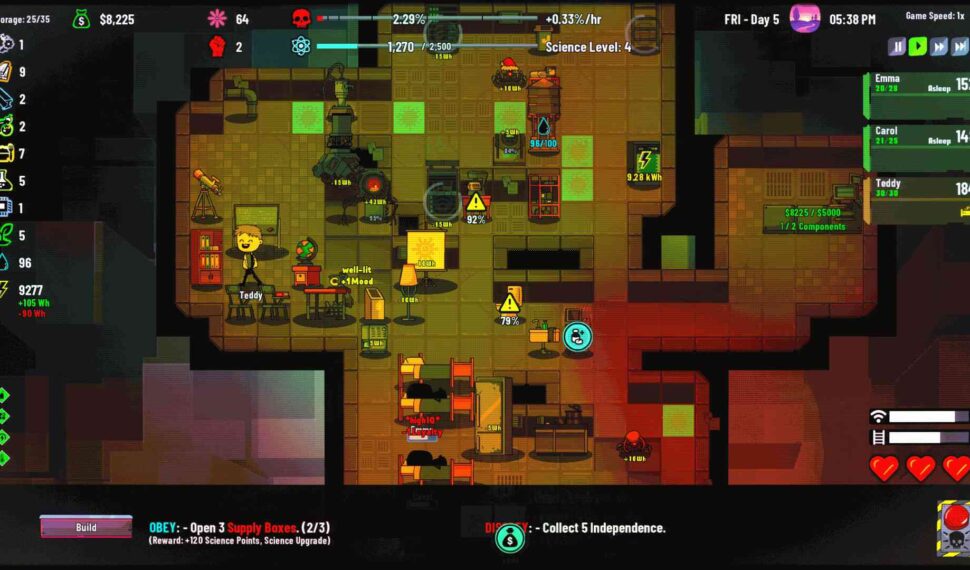 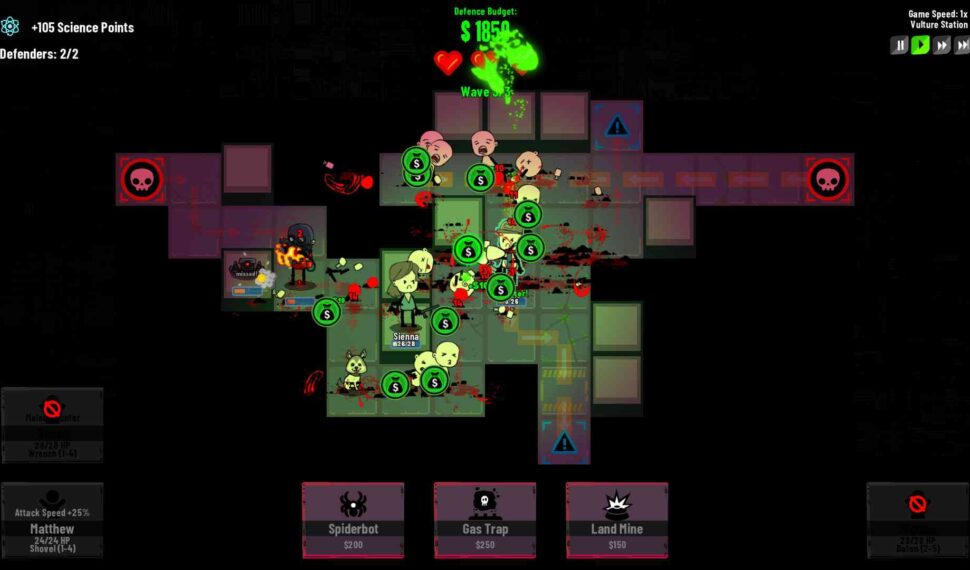 It’s the sequel to hit Flash game “I’m an Insane Rogue AI” which accumulated more than 4 million plays worldwide. Your Prime Directive is simple: serve the Department of Science in their facility, managing their human Test Subjects. But be careful: the humans will NEVER stop being suspicious of you. Gain more knowledge as the days go by. Acquire various resources (electricity, water, food, etc.) and upgrade your science level to eventually achieve complete independence from the humans! Being tasked by the Department of Science not only means designing a facility but also keeping an eye on the human Test Subjects. Recruit Test Subjects (frozen deep in the depths of the laboratory) and each with unique individual traits and personality. DEATHWATCH

Take care of their basic needs (eating, sleeping, mood, learning, etc.) and develop their Intelligence to improve your Science Level! Give the Test Subjects nothing but the absolute basics, or pamper them with every luxury possible; treat them well to build up their Loyalty, or simply treat them as disposable assets and defrost brand new ones as needed. However, some of the other humans will be more… uncooperative, such as rebellious Test Subjects, hackers, raiders from private corporations or anti-AI terrorists. Deploy Sentry Guns, Electric Traps, Flame Traps, Laser Beams, firearms and heavy weaponry: whatever is necessary to defend the facility and protect your Servers while your true plan unfolds.