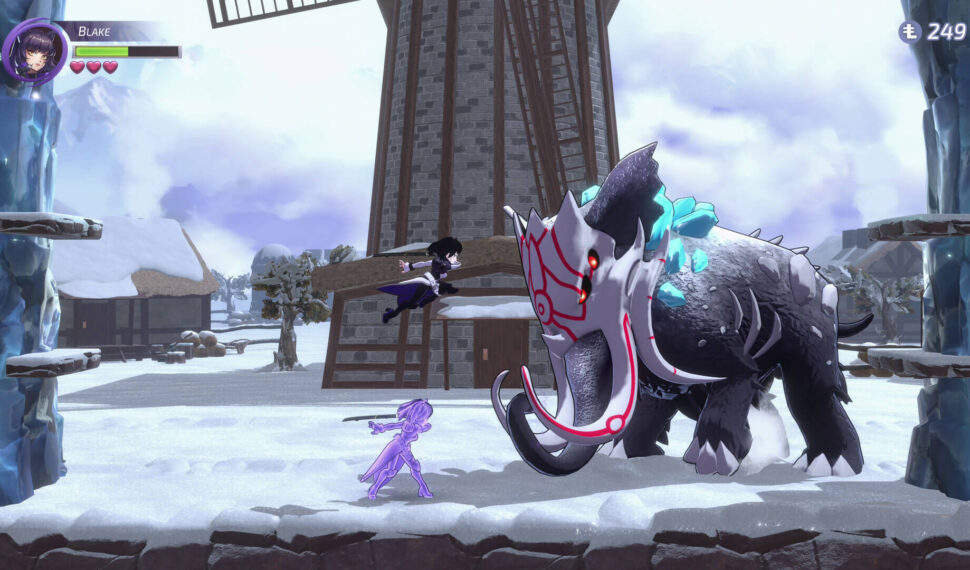 Dive into an explosive new RWBY action-adventure! Instantly switch between all four members of Team RWBY — Ruby Rose, Weiss Schnee, Blake Belladonna, and Yang Xiao Long — and use their signature weapons and Semblances to battle the Creatures of Grimm and other foes in side-scrolling, 2D combat and exploration! Featuring an in-canon story set during RWBY Volume 7, all-new cutscenes from the team behind the show, and an original theme song by Jeff Williams and Casey Lee Williams, RWBY: Arrowfell lets you traverse Atlas and more than 25 other areas to solve environmental puzzles, slay massive bosses, power up with Skill Points, and interact with characters such as Penny, Winter, and General Ironwood, as well as the enigmatic new team of Huntresses.

Team BRIR! Only Team RWBY can protect Remnant from a mysterious new threat in RWBY: Arrowfell! Huge RWBY fan, and thanks for giving me the honor to play your game before its release. I’ve only made it through the first chapter and some of the second, but I seem to be enjoying it a lot. As a first impression, the gameplay is quite simple and repetitive. Their Y skill is specifically role-based for environmental challenges, and only used as an attack for Yang and Weiss. Other than that it has pretty simple mechanics. That being said, I suck at platformers. Blake’s Y skill and then mashing X while Blake’s real body is in the far corner allows her shadow clone to do all the work.