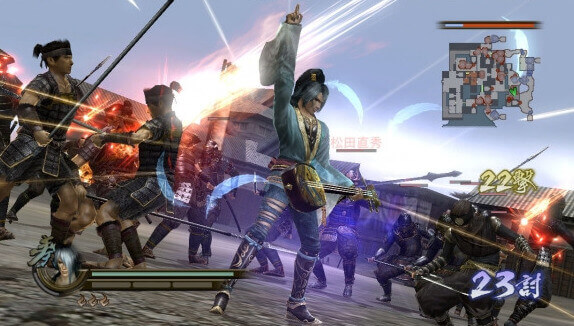 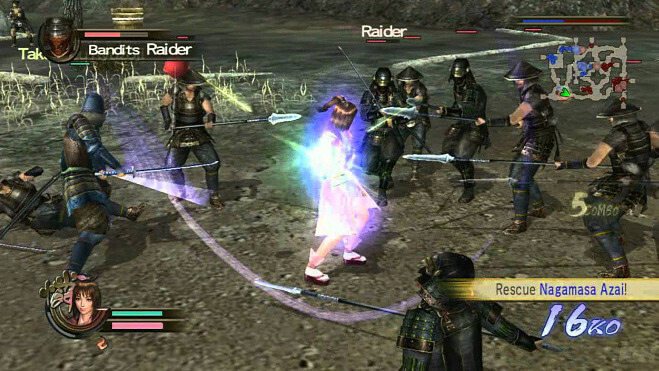 If there ever was a franchise that needed a blast from a defibrillator, it’s Koei’s Warriors series. With the exception of the Empires spin-offs, the Warriors games are becoming more and more known for their resistance to change then their actual gameplay. Samurai Warriors 2 as you might expect is pretty much the same game as its predecessor with some minor tweaks and an expanded roster. Given the historic spin of both the Dynasty and Samurai Warriors games, it makes sense that the storyline between installments never changes. At the same time however, the fact that you’re playing through the exact same plotline and more or less the same missions in every installment gets old really fast. 11 new characters expand the scope of the plot somewhat, but by and large you’ll be focusing primarily on the same struggles you did in the original Samurai Warriors. Fira

The core mechanics of battle haven’t changed much between Samurai Warriors 1 and 2. Combat is still a simple button mashing affair, where you’ll chain together normal and special attacks to lay into massive clumps of enemy soldiers. Striking enemies charges up a ‘musou’? meter which allows you to unleash a powerful super attack against your foes. It works well enough, but the lack of variety in your attacks gets really stale after a couple thousand kills. Character development has been streamlined somewhat, and while you still gain levels from battle, the vast majority of your skill upgrades are purchased from a store in between missions. 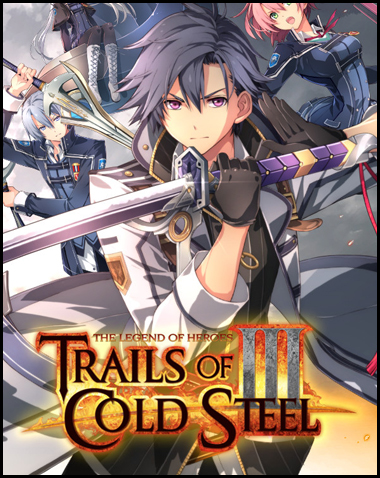