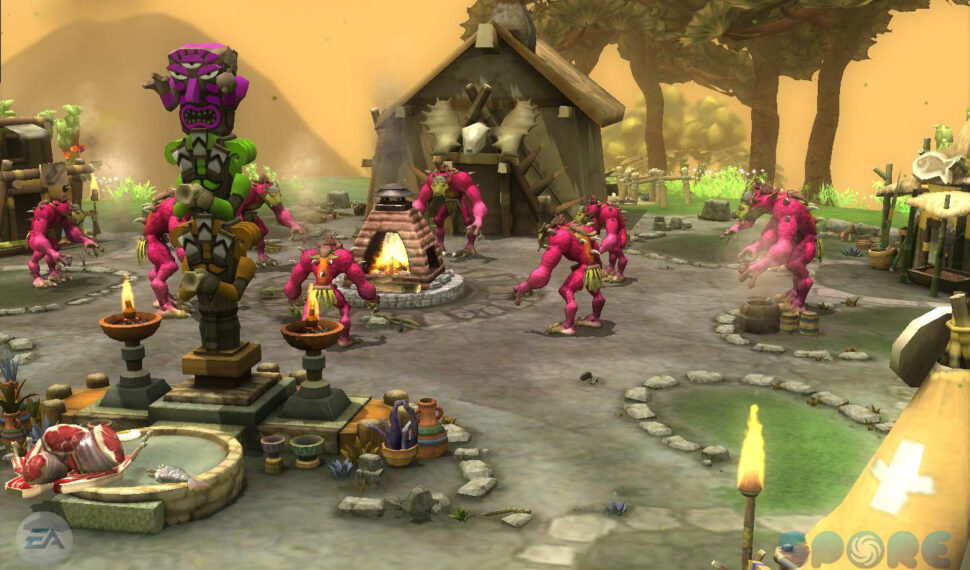 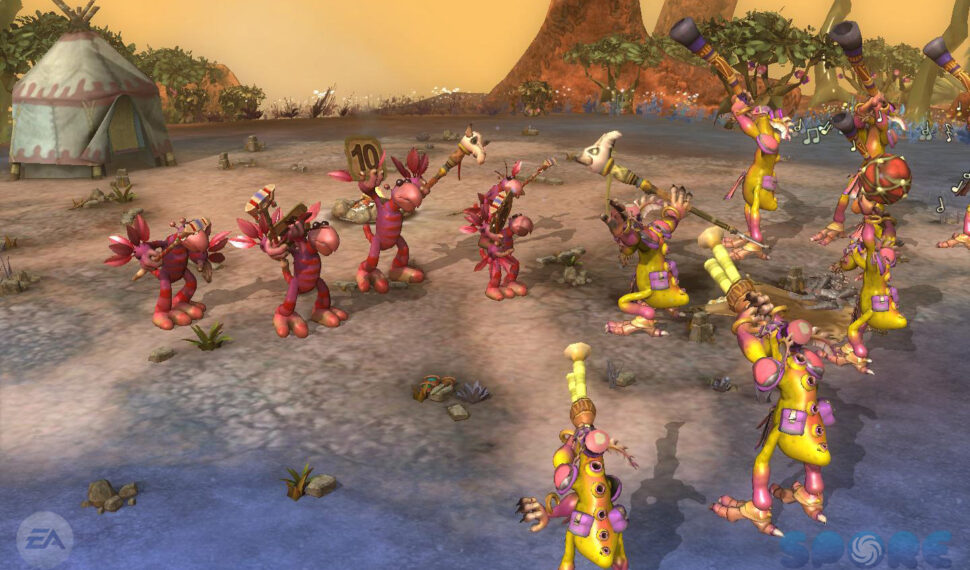 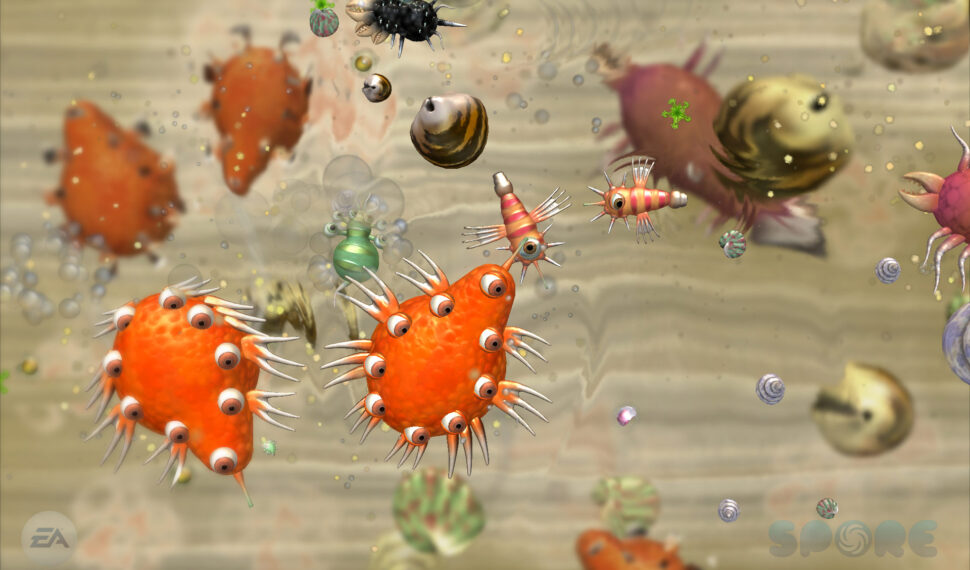 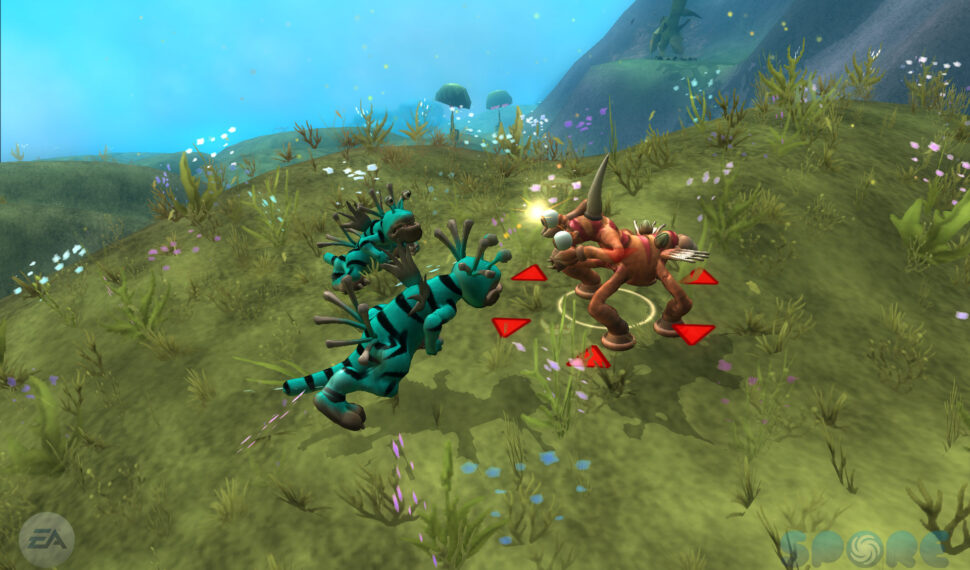 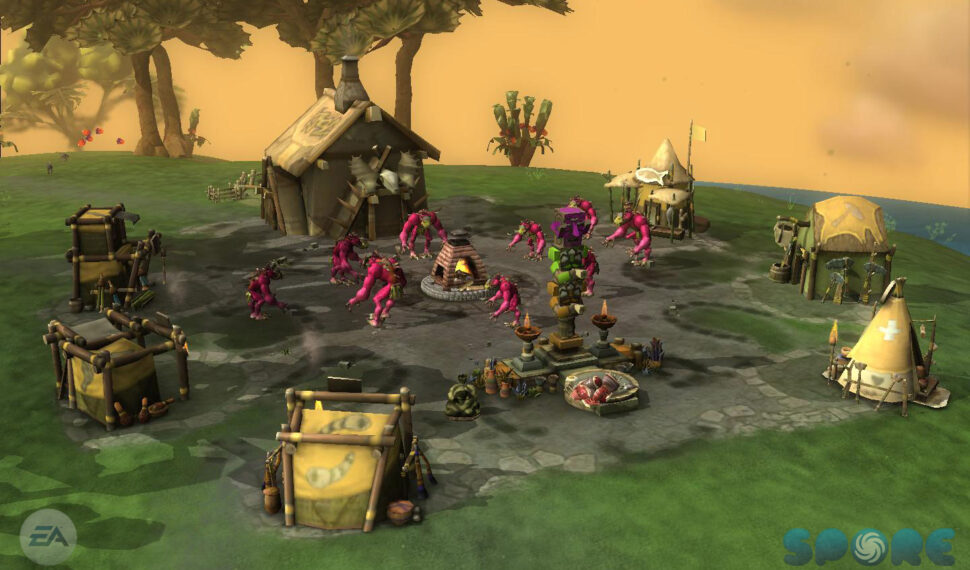 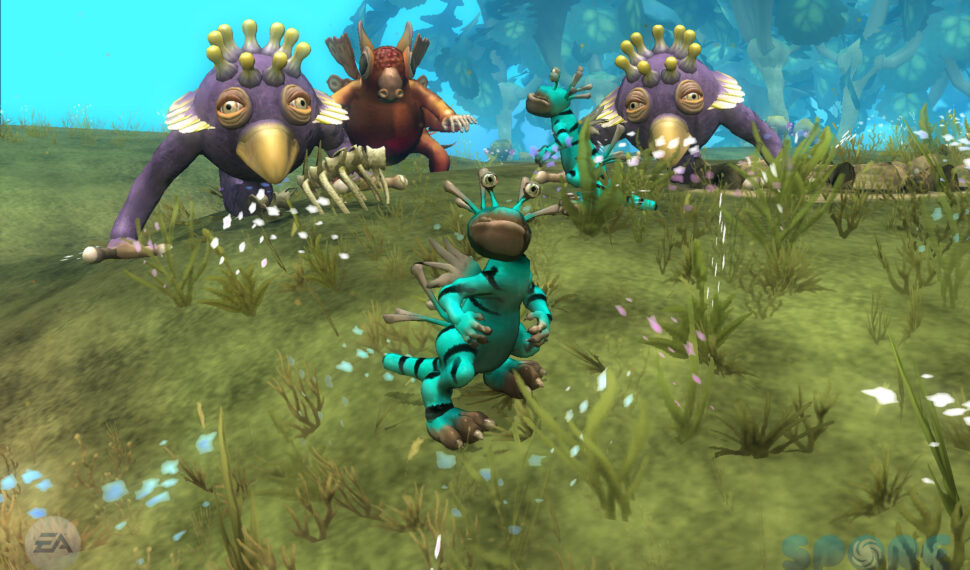 Play through Spore’s five evolutionary stages: Cell, Creature, Tribe, Civilization, and Space. Each stage has its own unique style, challenges, and goals.

You can play how you choose: Start in Cell and nurture one species from humble tidepool organism to intergalactic traveler, or jump straight in and build tribes or civilizations on new planets. What you do with your universe is up to you. Spore gives you a variety of powerful yet easy-to-use creation tools so you can create every aspect of your universe: creatures, vehicles, buildings, and even starships.

Spore allows the player to develop a species from a microscopic organism to its evolution into a complex animal, its emergence as a social, intelligent being, to its mastery of the planet and then finally to its ascension into space, where it interacts with alien species across the galaxy. Throughout the game, the player’s perspective and species change dramatically.

The game is broken up into distinct “stages”. The outcome of one phase affects the initial conditions and leveling facing the player in the next. Each phase exhibits its own style of play, and has been described by the developers as ten times more complicated than its preceding phase. Phases often feature optional missions; when the player completes a mission, they are granted a bonus, such as a new ability or money. If all of a player’s creations are completely destroyed at some point, the species will be respawned at its nearest colony or at the beginning of the phase.