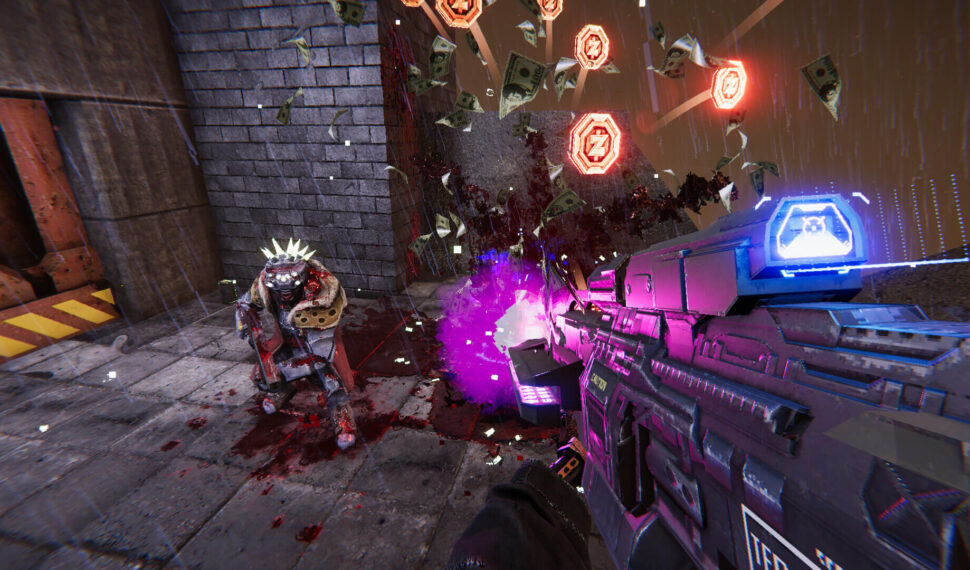 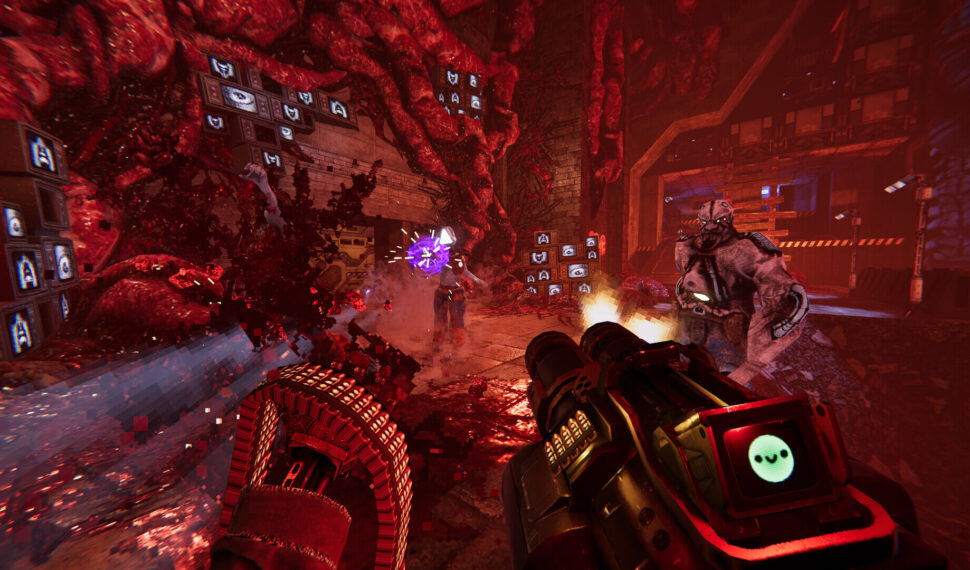 Heavily inspired by some of the all-time greats like Id’s Doom & Quake, and Apogee’s Duke Nukem 3D, with stunning cyberpunk visuals, Turbo Overkill is the most savage FPS ever released by Apogee. You play as Johnny Turbo, augmented with hidden arm rockets and a chainsaw that extends from your lower leg allowing you to slide-slice enemies wide open. In this Blade Runner-meets-DOOM hellscape, Johnny returns to his hometown of Paradise and finds its entire population possessed by Syn, a rogue AI, and its army of augmented minions. Desperate for enough money to outrun his past mistakes, Johnny takes on the impossible job of destroying the greatest AI ever created. Rival bounty hunters want to claim the prize first. Nothing is easy in paradise. Turbo Time, wall-running, dashing and grappling hooks, oh my Turbo Overkill takes over-the-top to never-before-reached heights.

Activate Turbo Time(™), a new form of slow motion with a twist. Build incredible speed by wall-running and dashing. Slide on your chainsaw leg, eviscerating foes and opening up bosses for critical damage, and go car-surfing on the hoods of flying cars. Blast away with the Twin Magnums, which lock-on and instagib several foes, the Boomer Shotgun and its attached grenade launcher, or the Telefragger sniper rifle, which teleports Johnny inside an enemy before they explode from within. Race through two dozen stages packed with secrets, bonus arena stages, and white-knuckle combat puzzles. Find game-changing collectibles to unlock punishing modifiers like triple-monster-speed and insta-kill.