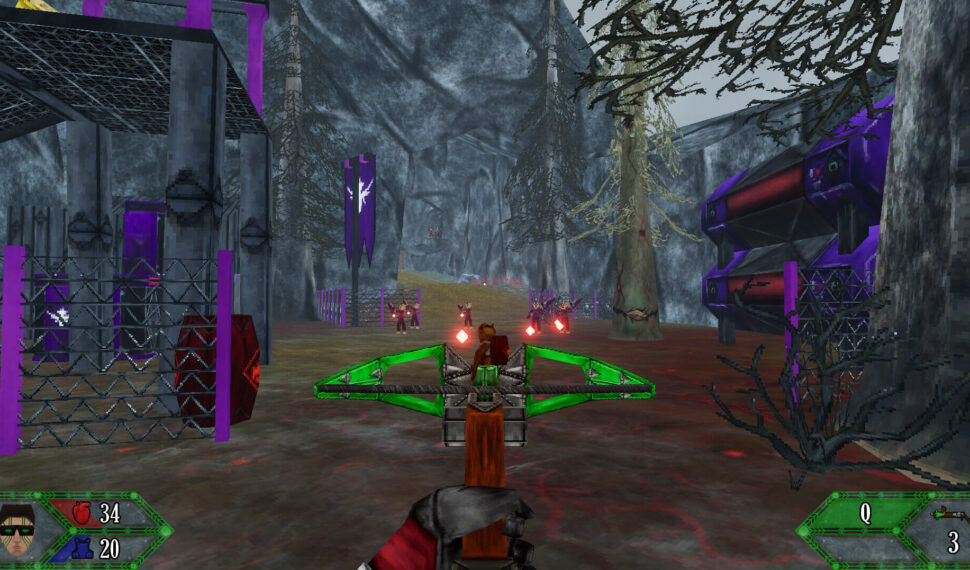 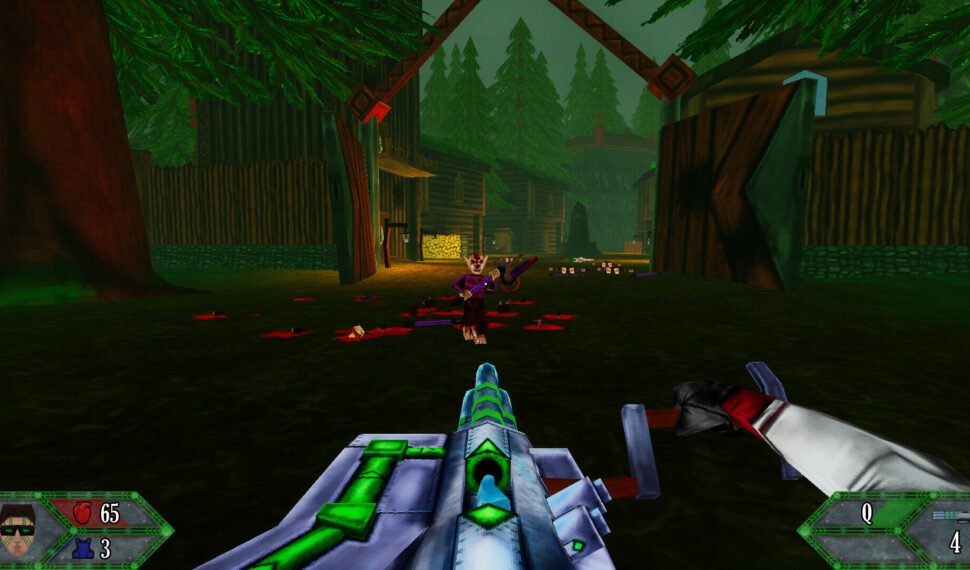 Enter White Hell, a retro-style first-person shooter set in post-apocalyptic Finland. A lone survivor, Jarmo, wakes up on his toilet floor after hibernating through the apocalypse and has to fight his way through the frozen wastelands controlled by opposing extremist groups. Weapons: from familiar to foreign From the classic pump-action shotgun to a sword powered by eldritch energy, White Hell provides a familiar although unique arsenal of weapons. A journey across a frost-bound land …and beyond After humble beginnings in an apartment building, your journey leads you through overtaken cities, secret research facilities, dangerous wilderness, and into another dimension. The enemy of my enemy is my enemy.

The dystopian civilization of White Hell is firmly divided into two factions: the fascist Order of the Blue Eagle and the communist Red Tomorrow. Both parties are more than willing to exterminate outside threats, which include you. Unleash the power of SISU. Jarmo can gather magical SISU-energy by defeating his enemies. This energy can be used to activate SISU-mode, which transforms your weapons into super-powered versions with new features. Tunes for kicking doors down The game features an original MIDI soundtrack by ULTRAKILL creator/composer Arsi “Hakita” Patala complete with 90s-style soundfonts.