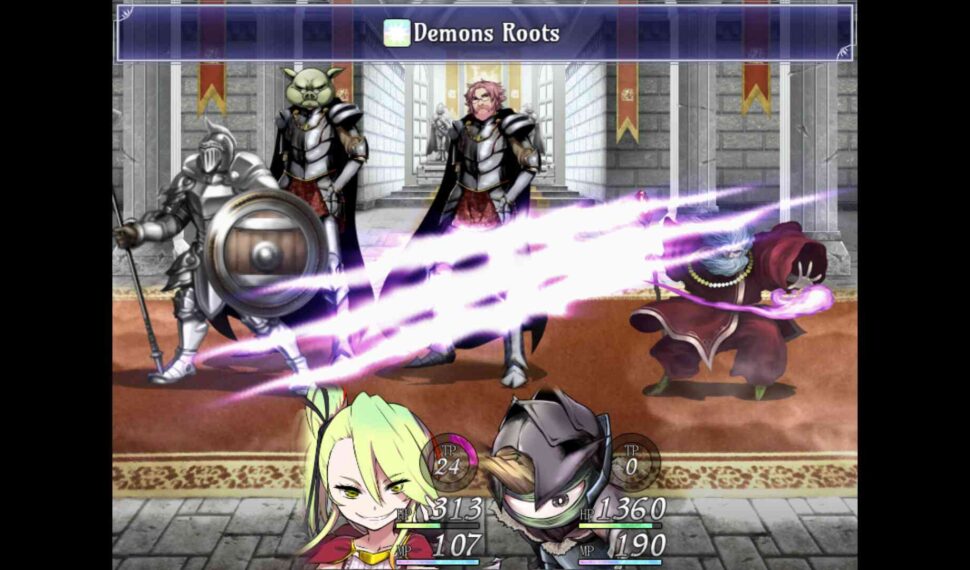 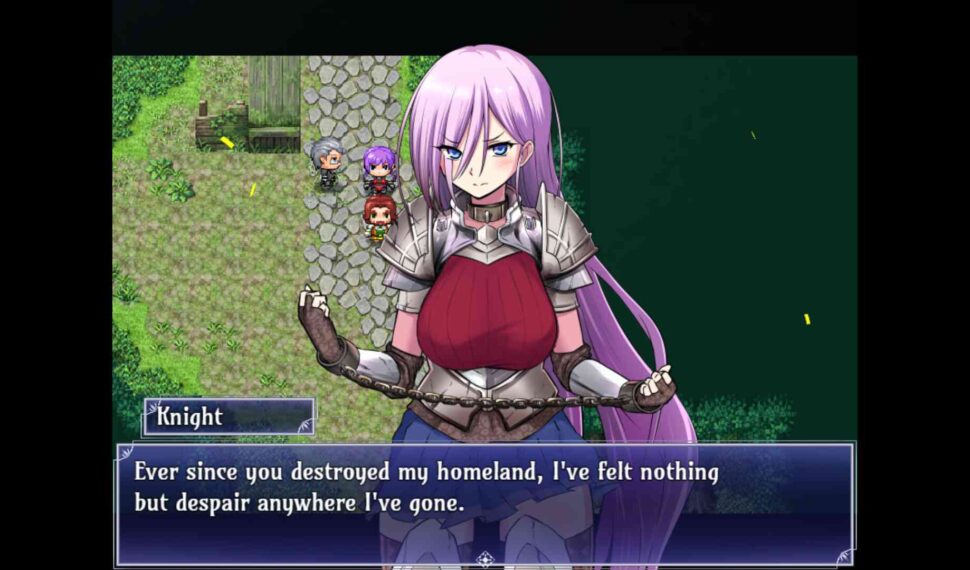 After the Demon Lord’s defeat, the remaining demons fled to the Dark Realm. A thousand years later, on the verge of extinction, demonkind decides to invade the human world again in one final struggle for survival. However, the world they return to after years in the darkness isn’t the same as it once was. Humans have turned against their fellow man. Downtrodden and defeated, the poor find an unlikely ally: the same demons who terrorized humanity a thousand years ago. Together with the demons, they fight against the world’s victors, the ones who hold all the power, to gain their freedom and create a world they can call home. Play as the demon Deathpolca alongside an eclectic cast of characters, including demons, an FBI agent, and even a gladiator. INTO THE FLAMES

Lead demonkind to world domination as they conquer the continent one country at a time. Gain various items and skills as you navigate the story’s twists and turns, then use them to fight powerful enemies. Find hidden treasure and face overwhelming super bosses if you’re looking for a challenge. As you advance your quest for world domination, you’ll meet a wide variety of characters, from lovable allies to detestable villains. Who will you persuade to join your cause, and who will oppose you to their dying breath? Unlock Music as You Play With a host of memorable tunes, including seven original songs by popular composer Shade, you can access the game’s sound test to listen to any songs you’ve already heard. Feel free to attend and reflect on your world domination to your heart’s desire.