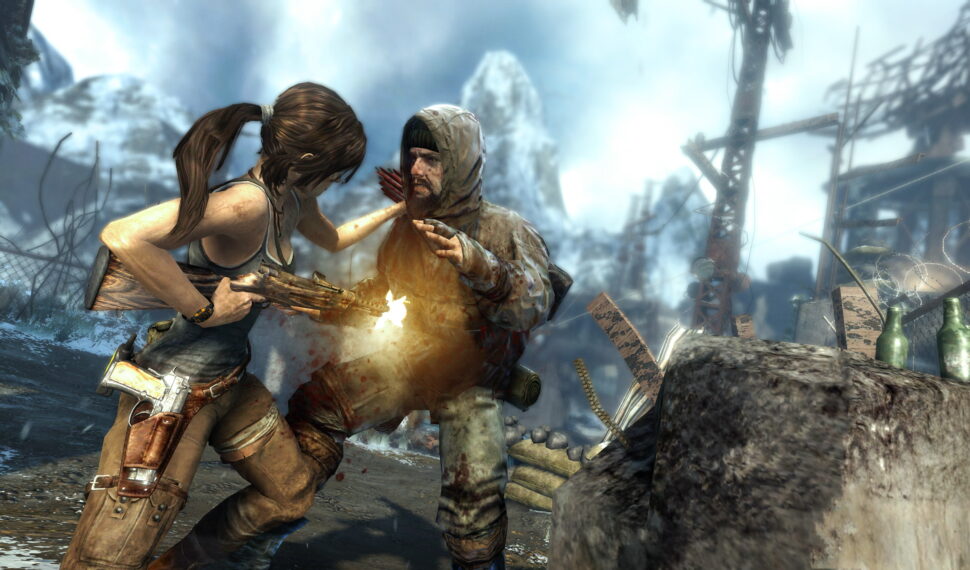 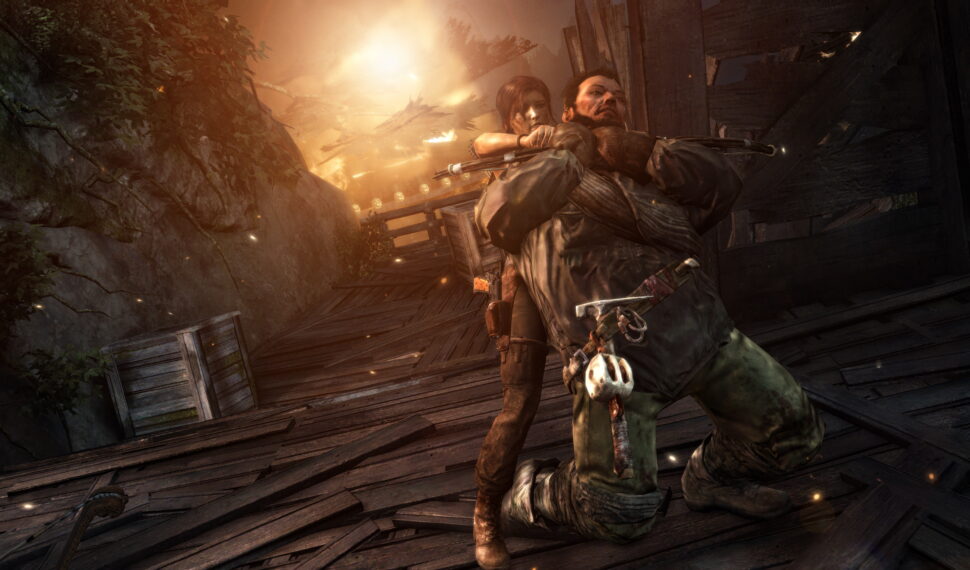 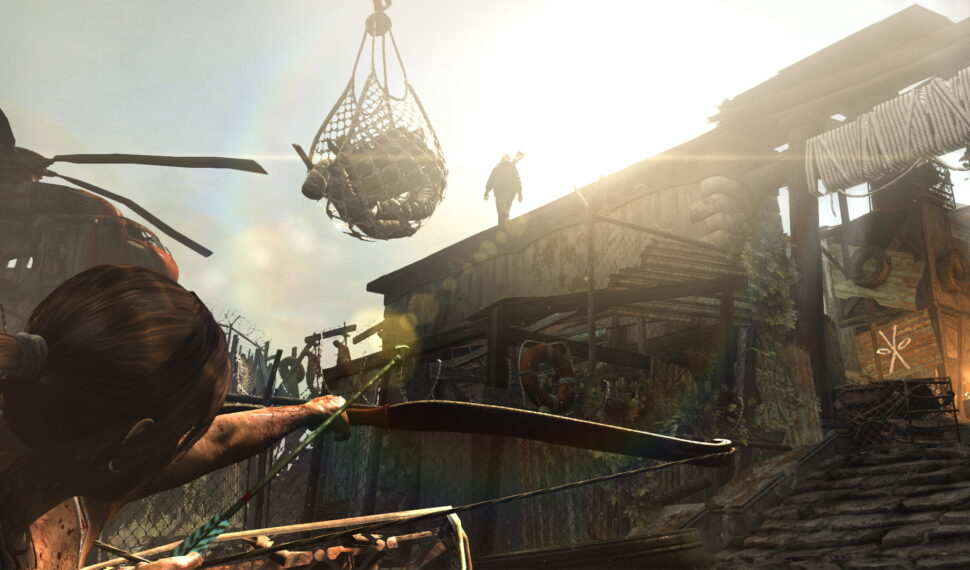 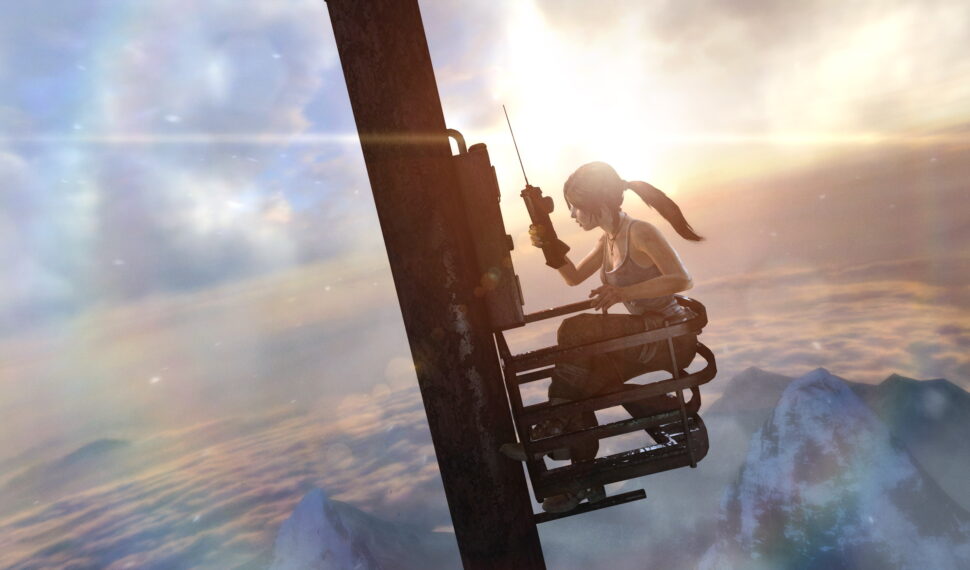 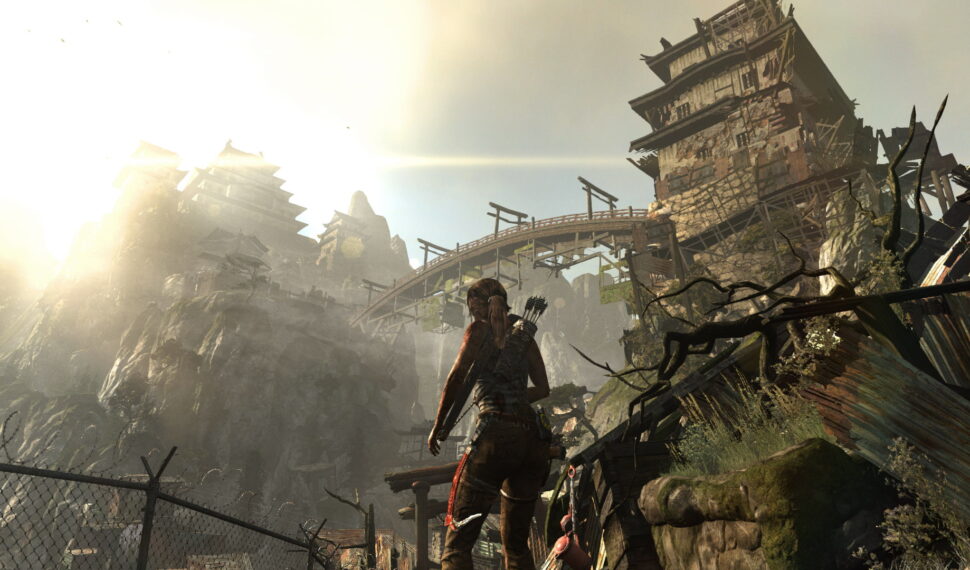 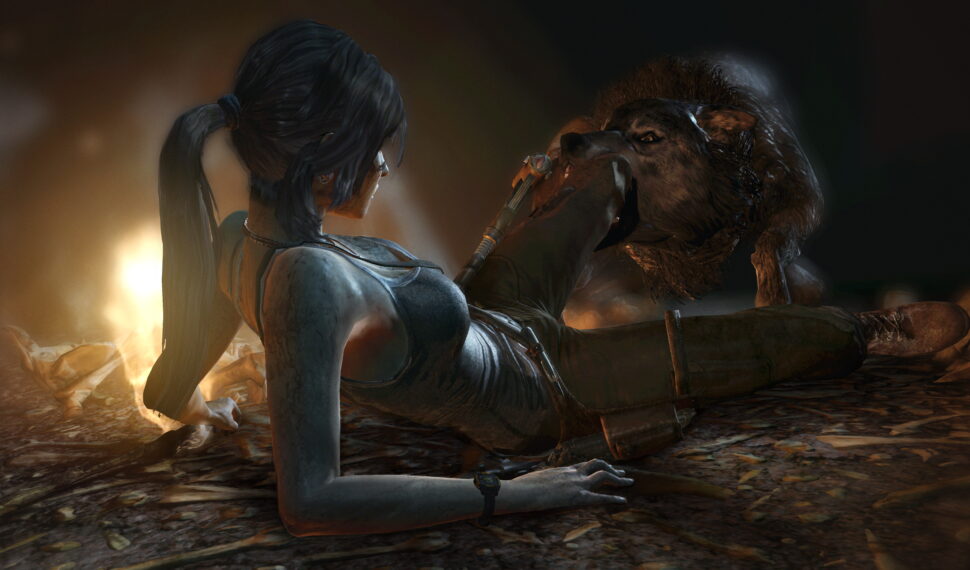 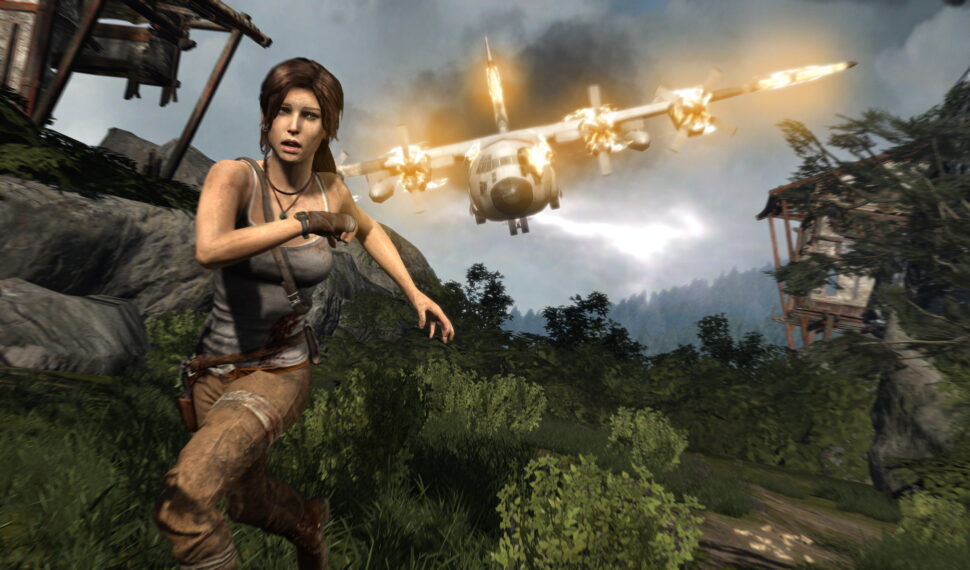 The combat of the game borrows multiple elements from Naughty Dog’s Uncharted series, with players having the ability to free-aim Lara’s bow and the guns she salvages, engage in close-quarter combat and perform stealth kills. Players can also use Survival Instinct, an ability in which enemies, collectables and objects pivotal to environmental puzzles will be highlighted for players. The game also incorporates RPG elements: as players progress through the game, they earn experience points from performing certain actions and completing in-game challenges linked with hunting, exploring and combat: this enables players’ skills and abilities to be upgraded in specific ways, such as giving her more storage capacity for arrows and ammunition. Players can also upgrade and customize weapons using salvage collected across the island. There is also a character progression mechanic in the game: better items, weapons and equipment are gained as players progress, though the appearance of most of these items is closely linked to events in the story. In addition to the main story, players can complete multiple side quests, explore the island, revisit locations, and search for challenge tombs. Rise of the Tomb Raider

Tomb Raider explores the intense and gritty origin story of Lara Croft and her ascent from a young woman to a hardened survivor. Armed only with raw instincts and the ability to push beyond the limits of human endurance, Lara must fight to unravel the dark history of a forgotten island to escape its relentless hold. Download the Turning Point trailer to see the beginning of Lara’s epic adventure.